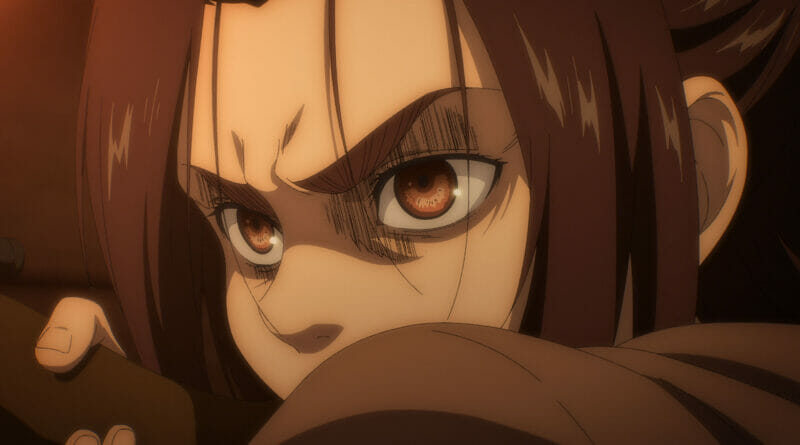 Attack on Titan Final Season has been nothing short of an emotional roller coaster with a hefty slate of revelations, truths, new enemies, trailers, ulterior motives and war crimes. Everything that has made Attack on Titan a staple of an anime series in the anime world has been showcased in this final season.

Crunchyroll is revealing today an epic trailer to celebrate the season finale of the mega-hit dark fantasy action series “Attack on Titan Final Season.” With just a few episodes left, anime fans and the anime-curious alike are encouraged to binge now or catch up on the latest season in order to watch the story unfold and secrets finally come to light.

About “Attack on Titan Final Season” – It’s been four years since the Scout Regiment reached the shoreline, and the world looks different now. Things are heating up as the fate of the Scout Regiment—and the people of Paradis—are determined at last. However, Eren is missing. Will he reappear before age-old tensions between Marleyans and Eldians result in the war of all wars?

The “Attack on Titan” anime launched in 2013, and centers around a society living behind giant walls to protect them from the grotesque giants known as Titans. The series follows Eren Jaeger and his friends as their lives are forever changed as the Titans push humanity again to the brink of extinction.

Season four takes place four years after season three wraps up and expands the universe of “Attack on Titan Final Season,” culminating in an epic war that will ultimately determine the fate of humanity. “Attack on Titan” is based on the award-winning and New York Times bestselling manga series, which has sold more than 100 million copies, making it one of the best-selling manga titles of all time.

“Attack on Titan Final Season” is animated by MAPPA, the powerhouse production studio behind the hit series “JUJUTSU KAISEN,” and the Crunchyroll Original series “The God of High School,” to name a few.