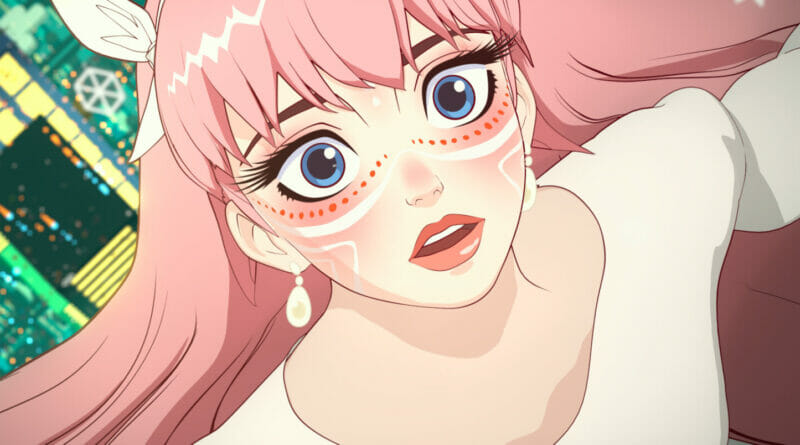 Mamoru Hosada’s “Belle” has officially been released in theaters and it was one of the most highly anticipated anime films of 2021 for me personally. Not only was I looking forward to the emotive and catchy soundtrack of the film. But the stunning visuals and character designs were all the more enticing aspects of the film and I just couldn’t wait to feast my eyes on Mamoru Hosada’s stunning work.

While this post isn’t a full-on written review for this film. My Anime In The Basement Podcast hosts and I fully dove into Belle’s animation, music, along with its musical composition and musical performances, and the film’s story beats and themes in our full spoiler-filled podcast review which you can listen to here and down below on our podcast feed. To accompany our ‘Belle’, also talk about the premiere of ‘Orient’. Which to our displease, hasn’t really made much of an impact with its rushed pace and lackluster animation when compared to its source material.

We also dive deep into the most recent episodes of Demon Slayer Season 2 and recap the story so far with the current arc the series is adapting which is its Entertainment District Arc. Needless to say, Ufotable has been delivering with its animation and the series story has really started to crescendo as we are now getting ready to see the Sound Hashira, Tengen Uzui in action against an Upper-Rank Demon.

Lastly, we dive into the premiere of Attack on Titan Final Season, Part 2. Which as I mentioned in this very episode; wasted absolutely no time in getting to the heated battle between Eren and Reiner. Marley is on the attack and Eren is on the defensive and it seems like all odds are against him but those who know, simply know. Episode 77 of Attack on Titan premiered this past week and we are now waiting to see Zeke’s fate in episode 78 which releases tomorrow.

We apologize in advance for any delays regarding the release of this episode. We have all been tied up with work, life, bringing on new writers, co-hosts, and getting content plans in motion for the remainder of 2022. We have a ton of surprises coming which I am super excited to share with you all. I hope you all enjoy it and most importantly, support it.