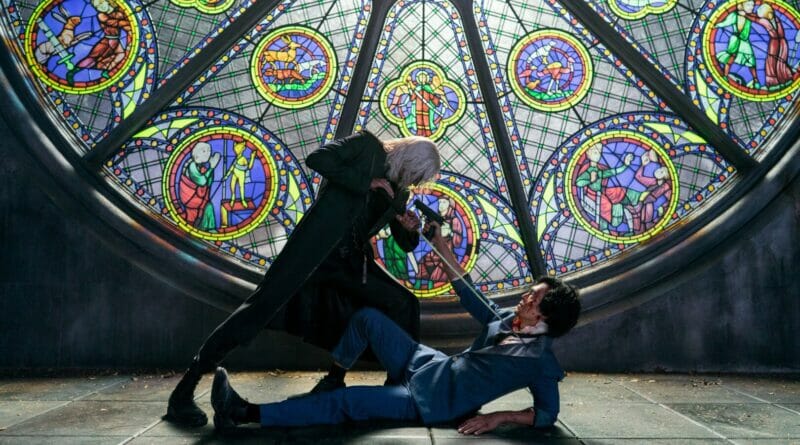 
Netflix’s Cowboy Bebop perfectly captures what made the original anime so special and beloved, all while building and expanding the world in which this story exists

Many fans of the original anime series cringed at the idea that a live-action adaption of “Cowboy Bebop” was happening, more so that it was coming from Netflix whose had a pretty bad reputation when it comes to any of its anime ventures in past, live-action adaptations included. Live-action adaptations of hit anime series are far from the norm here in North America but it is normal in Japan. However, “Cowboy Bebop” was sparred that reality until now. What truly had fans of the original anime hesitant about accepting this new version of the anime was Netflix’s live-action of adaptations of “Bleach” and “Death Note” with the latter being shamed by both critics and fans alike.

But no matter how you slice it, live-action adaptions whether created by Japanese film studios or created here in North America by streaming services like Netflix, are almost all complete misses with a few hidden gems lying in the rough. But how does this neo-noir space western filled with smooth jazz and bluesy licks fair out? Let’s find out…OK, three, two, one…Let’s jam!

Netflix’s “Cowboy Bebop” adapts a good portion of the original anime series while also incorporating aspects from “Cowboy Bebop The Movie: Knocking on Heaven’s Door”. From the very first scene, you are immediately immersed into the world of Cowboy Bebop both visually and aesthetically. The opening scene is nearly beat for beat the grocery story scene from the film but with some minor changes to add a little more flair than the original. While also introducing you to the lead series’ main characters Spike Spiegel (John Cho) and Jet Black (Mustafa Shakir).

At its core, Cowboy Bebop captures the essence and the soul of the source material all while building and expanding the world in which this story exists. John Cho perfectly embodies Spike Spiegel’s cool, calm and collected demeanor while also showing his ability to perform the stunts needed to fully sell the ravenous side of Spike Spiegel. Whether it was wanting to eat noodles or bickering back and forth with Faye Valentine, Cho truly felt like Spike Spiegel through and through.

While her story arc is a bit more elongated than it is from the anime, it allows for Faye to be more fleshed out, just like the rest of the cast. More specifically, characters like Vicious and Julia have much more to do and much more going on in their respective arcs than they ever did in the anime series. Fans of the original anime know that Vicious and Julia aren’t seen much throughout the series, only in flashbacks and towards the end of the season.

Giving them much more to do here in this series, however, will please some fans and completely displease others. Even Jet Black is given more to work with other than just finding the next bounty. Despite all of the positive things I have to say about this live-action version of “Cowboy Bebop” there are many things to also critique. Not so much in a negative light, but more under a constructive microscope.

One of my biggest gripes with the series was minimal use of actual space and a complete lack of space-based action as seen in the anime. For an anime that takes place in space to take place in planetary land for about 98% of its runtime is something that cannot be overlooked. Other than the first episode of this series we don’t see Spike and the gang in much spaceship action compared to how much we got it in the anime. While everything else in the series, including Yoko Kanno’s music, really gave you the feel and look of Cowboy Bebop, the lack of use of spaceship and interstellar action pieces is truly the missing piece of the puzzle here.

When it’s all said and done, Netflix’s “Cowboy Bebop” is one of Netflix’s better, if not, best live-action anime adaptations to come out on its platform; especially when compared to those that came before it. While “Cowboy Bebop” is not a full 1:1 adaptation of the original anime series, the look, feel, and vibe of what made the original anime series so special is all there, and it’s all topped with Yoko Kanno’s amazing original soundtrack and the beloved opening theme that simply cannot be skipped each time a new episode plays.

If there’s anything you can do for Cowboy Bebop is to give it a chance. From start to finish you can tell that the team behind this adaptation, the cast included really did their homework and truly understood the assignment. But most importantly understood how much this anime means to the fans. Their willingness to do the homework and step up to the plate despite all the pressure surrounding it is something that truly needs to be applauded, and supported in any way, shape, or form.