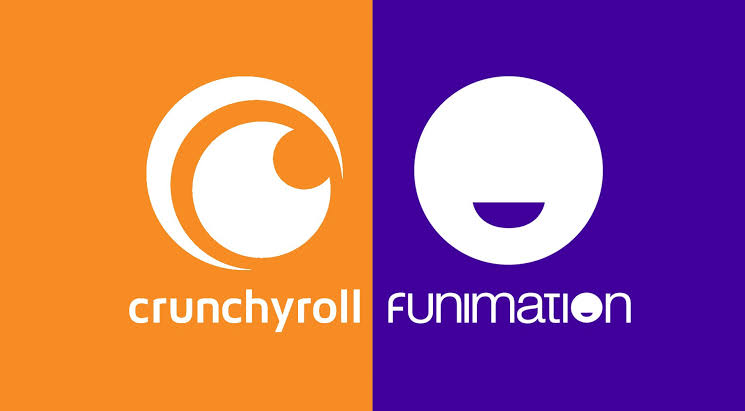 
The Winter 2020 Anime Season is dawning upon us and the go-to streaming services for anime, Crunchyroll and Funimation have announced their respective Winter anime lineups.

If My Favorite Pop Idol Made It to the Budokan, I Would Die – Simulcast Premieres January 9, SimulDub Premiere (TBA)

From Studio DEEN (Fate/stay night) comes a remake celebrating the 25th anniversary of the series! Orphen is a powerful sorcerer who is notoriously lazy. Everything changes when he finds a way to save his sis, who was turned into a dragon during their days at magic academy. Betrayed by friends who refused to help, Orphen will stop at nothing to track her down, even if he has to go it alone.

Mankai Company is a far cry from its glory days as an all-male theater. With only one member left and debt collectors at the door, it’s no wonder Izumi Tachibana finds herself in over her head when she boldly confronts the yakuza’s loan sharks, promising to bring her father’s theater back into the spotlight. She might be able to recruit enough talent, but can they bloom into the actors she needs?

Few people know the truth: the world is safe thanks to the Magical Girls who are forced to slay Witches. Even though these girls are putting their lives on the line for a wish, rumors say they can be saved in Kamihama City. That’s where Iroha Tamaki is headed in search of answers. She can’t remember the wish she made to Kyubey, but a shadowy figure haunts her dreams.

Every human inhabiting the world of Alcia is branded by a “Count” or a number written on their body. Depending on how each person lives their life, this Count either goes up or down. For Hina’s mother, her total drops to 0 and she’s pulled into the Abyss, never to be seen again. But her mother’s last words send Hina on a quest to find a legendary hero from the Waste War—the fabled Ace!

Set in a virtual world, the visually stunning ID: INVADED follows Sakaido, a detective looking to solve the grisly murder of Kaeru, a young girl. But solving this case is unlike any other as the world begins to twist and turn around Sakaido, challenging what he thinks and believes.

My Hero Academia Season 4 – Simulcast and Same-Day SimulDub™, Saturdays at 4:30 am ET

The villain world teeters on the brink of war now that All For One is out of the picture. Shigaraki of the League of Villains squares off with Overhaul of the yakuza, vying for total control of the shadows. Meanwhile, Deku gets tangled in another dangerous internship as he struggles to keep pace with his upperclassman—Mirio.

All of humanity seems doomed as Licht unleashes his rage on the Clover Kingdom through his freshly resurrected followers. Friendships are tested as the fallen elves from Licht’s village begin inhabiting the bodies of several Magic Knights. Asta and the remaining Magic Knights must valiantly rise up and fight to save their friends and defeat the Eye of the Midnight Sun once and for all.

Monkey D. Luffy refuses to let anyone or anything stand in the way of his quest to become king of all pirates. With a course charted for the treacherous waters of the Grand Line, this is one captain who’ll never drop anchor until he’s claimed the greatest treasure on Earth—the Legendary One Piece!

Seth, a sorcerer destined to find Radiant, sets his sights on Caislean Merlin for answers. He’s desperate to find out what the Knight Sorcerers know, but can he trust them? In the wake of all that is unknown, he digs deep within himself for the wisdom and confidence to control his powers. And as the world around him continues to grow with more magic and power, he gains strong new allies.

In Kabukicho, the home of Tokyo’s famous red-light district, neon lights shine brightly but they harbor Tokyo’s darkest evils. Mrs. Hudson runs a tenement where seven strange but colorful individuals reside — including the detective, Sherlock Holmes. The stage is set for Sherlock when a bizarre murder occurs involving Jack the Ripper!

With the advent of Photon technology, the spacefaring Oracle fleet searches for new planets to explore. They combat the Falspawn, abominations that consume all life in their path, with the fearless heroes of the ARKS organization. When his graduation ceremony is crashed by a Falspawn attack, young Cadet Ash realizes that he’s just been thrust in the middle of a universal-scale conflict.

That’s all for Funimation. The streamer has stated that this is just the first wave of anime shows heading to their Winter lineup, as more announcements will be made throughout the coming weeks.

In the “one-of-a-kind samurai-general-reincarnated-as-a-canine comedy,” Nobunaga perishes at Honnōji as in history, and reincarnates in modern-day Japan as a dog named Cinnamon. Other Warring States era warlords such as Takeda Shingen eventually join him, also as dogs.

Keep Your Hands Off Eizouken!

The manga follows Midori, Tsubame, and Sayaka, an energetic trio of first-year high school girls who come together in the Eizouken (Video Research Club) to turn their anime dreams into a reality. Midori is nervous to create an anime alone. She meets Tsubame who appears to be a well-to-do girl but she really has artistic dreams of being an animator. Midori’s best friend Sayaka has the financial sense to bring the project to fruition and joins the pair on their quest.

Science Fell in Love, So I Tried to Prove it

The manga centers on Ayame Himuro and Shinya Yukimura, two scientists who are in love with each other. They want to prove that their love can be scientifically proven, quantified, and expressed factually.

Haikyu!! To The Top

As you can see both Crunchyroll and Funimation have a stacked slate of anime shows to kick-off their respective Winter anime seasons. Both parties will be filling their lineup as the weeks pass. We’ll keep you updated as much as possible as these announcements make themselves available.