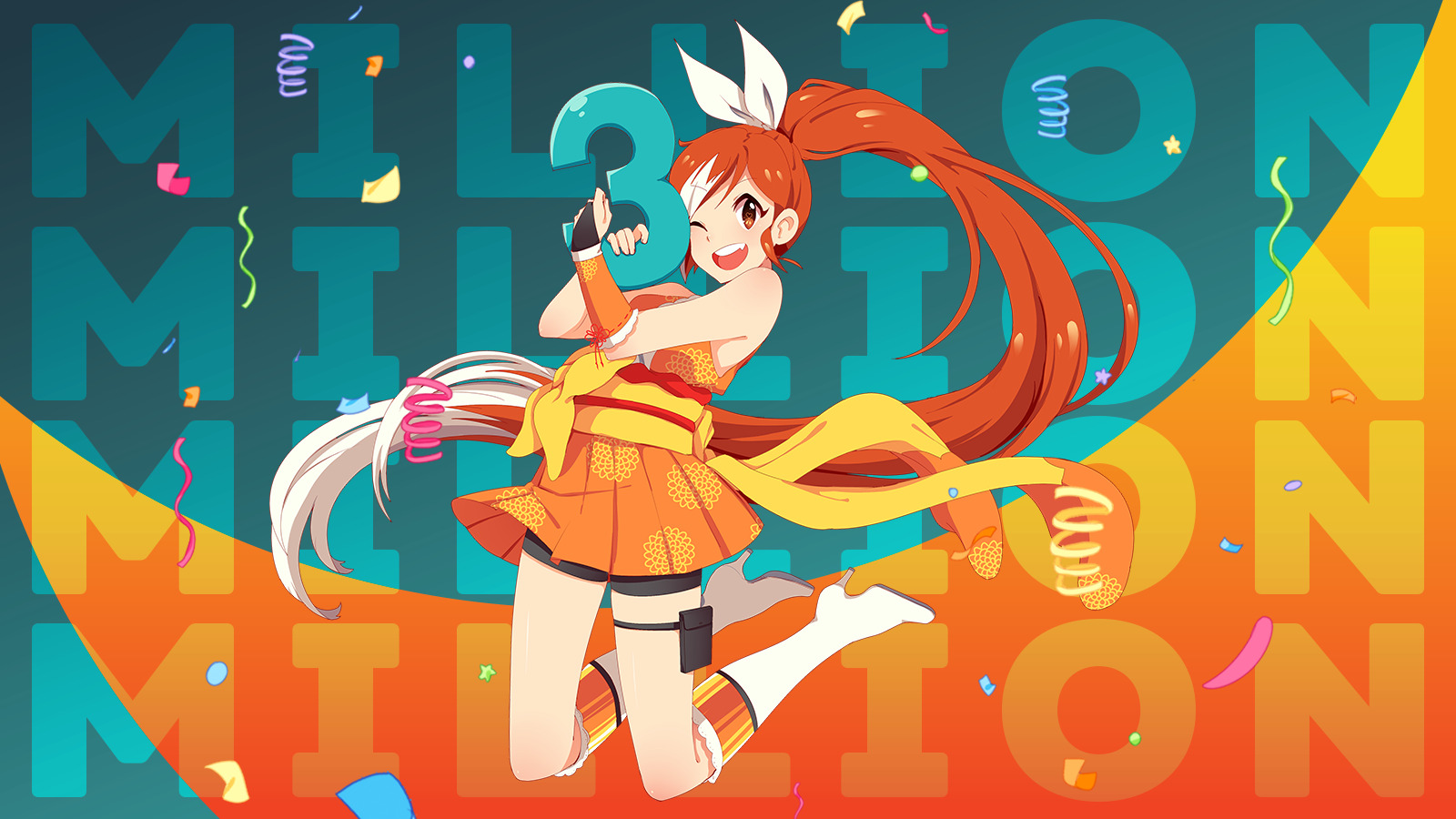 Globally, our premium subscribers spend approximately 100 minutes per day watching their favorite shows on Crunchyroll. Below are the most-viewed 10 titles, in alphabetical order (quantified by views per subscriber, not total views):

Crunchyroll, the world’s most popular anime brand that offers fans the world’s largest anime library with more than 1,000 titles and 30,000 episodes, is announcing today that it has reached a new milestone crossing three million paid subscribers globally and over 70 million registered users.

“Crunchyroll’s global growth has been incredible. We launched in 2006 and it took us about 10 years to hit one million subscribers. It took us only two years after that to break two million, and even less than that to hit three million subscribers where we are today. But, we don’t just measure success based on paying subscribers. We have an active and growing AVOD community of over 70 million registered users,” said Joanne Waage, General Manager, Crunchyroll. “Our goal has always been to grow the love of anime globally, and these numbers show our labor of love is paying off — and this is just the beginning.”

Crunchyroll is part of Otter Media, a WarnerMedia company, that manages and invests in a portfolio of digital-first media brands developing next-generation content while building and supporting passionate fan bases. Late last year, Crunchyroll closed the majority acquisition of VIZ Media Europe Group, expanding its suite of consumer brands to include streaming services Anime Digital Network (in partnership with Citel, a subsidiary of Média-Participations) and Anime on Demand, DVD and manga publisher KAZÉ, and live-action content distributor Eye See Movies.

In addition to Crunchyroll’s European expansion, the brand has reached new heights across its 360-businesses including:

“Crunchyroll is a pioneer in the direct-to-consumer space, who for the last 14 years, has shown the industry first-hand what it takes to build a successful DTC business with a die-hard, passionate fan base supporting it,” said Tony Goncalves, CEO of Otter Media. “I am so proud of the entire Crunchyroll team for this incredible accomplishment and for their continued focus on harnessing the global anime community through authentic storytelling. It’s what makes Crunchyroll so much more than a DTC – it’s the preeminent Anime brand globally.”

Crunchyroll offers fans the world’s largest anime library with more than 1,000 titles and 30,000 episodes, with select series simulcast in 8 languages day and date with premiere in Japan. Crunchyroll is available in more than 200 countries and territories to more than 70 million registered users, three million subscribers and more than 40 million followers across social media.

Crunchyroll was founded in 2006 and is headquartered in San Francisco, with offices in Los Angeles, Tokyo, Paris, Lausanne, Chisinau, and Berlin (AV Visionen).