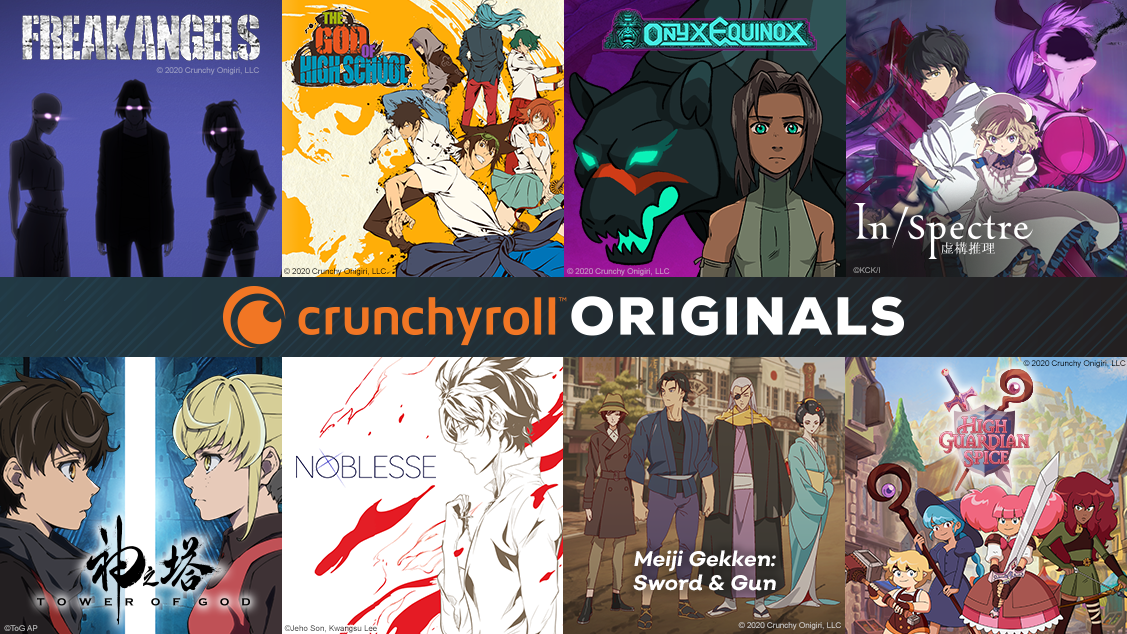 Crunchyroll, the world’s most popular anime brand, is announcing today the inaugural slate of Crunchyroll Originals, including eight series spanning adventure, fantasy, romance, historical fiction, and more. These shows, produced with respected publishers including Kodansha, animation studios such as MAPPA, and from Crunchyroll Studios, represent Crunchyroll’s continued commitment to delight fans and expand the global anime community through fresh stories and unique perspectives from a global slate of creators.

“Since our launch in 2006, Crunchyroll has been at the forefront of anime fandom and a driving force in the popularizing of this beloved genre worldwide,” said Joanne Waage, General Manager of Crunchyroll. “In keeping with this tradition, we are incredibly excited to announce our first slate of Crunchyroll Originals. These stories range from the traditional to the innovative, blending eastern and western ideas within the spectrum of anime. We hope this content will not only delight our current fans but also create a pathway for new fans to fall in love with this amazing art form.”

Crunchyroll Originals will build upon Crunchyroll’s global collection of anime, with more than 1,000 titles and 30,000 episodes currently available for fans. This inaugural slate was curated using more than 10 years of viewership data, paired with Crunchyroll’s deep connection to the anime community. These series will also premiere throughout the year, to complement Crunchyroll’s robust seasonal anime slate.

RELATED: CRUNCHYROLL ANIME AWARDS: HERE ARE ALL YOUR WINNERS!

Crunchyroll Originals will be available to fans internationally on Crunchyroll with “In/Spectre” airing now and additional premieres slated throughout the year.

Crunchyroll Originals is not the brand’s first foray into original content, as Crunchyroll has co-produced more than 60 series since 2015, working directly with partners in Japan to fund the production and creation of original anime including “The Rising of the Shield Hero,” “A Place Further Than the Universe,” and “The Junji Ito Collection,” among many others.

Crunchyroll offers the anime community a full 360-degree experience around the content they love, and fans can expect to see Crunchyroll Originals in upcoming events, both at Crunchyroll Expo, Crunchyroll’s owned anime convention, and at various conventions across the U.S. and abroad, as well as in merchandise, social media and more.