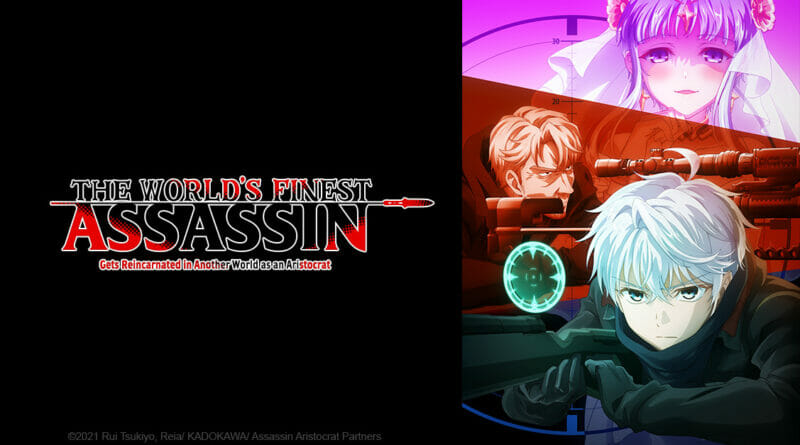 Anime Expo Lite 2021 two-day livestream event has come and gone but not without some huge announcements from Crunchyroll who is gearing up to host their second Virtual Crunchyroll Expo. Crunchyroll shared a huge slate of new content at the Crunchyroll Industry Panel at Anime Expo Lite which included Battle Game in 5 Seconds, TSUKIMICHI -Moonlit Fantasy-, Seirei Gensouki: Spirit Chronicles and SAKUGAN, alongside previewing upcoming summer titles including My Next Life As a Villainess: All Routes Lead to Doom! X and Fena: Pirate Princess.

Restaurant to Another World 2 – There is a certain restaurant that looks completely normal throughout the week, but on Saturdays, it opens in secret exclusively to some very unique guests in various areas of a parallel world. Premieres October.

SAKUGAN – This original anime follows a father and daughter on an epic journey that brings them face to face with danger in order to uncover the truth. Premieres October.

The Night Beyond the Tricornered Window – In this horror mystery anime, bookstore employee Mikado has a fateful encounter with an exorcist named Hiyakawa and must help out with exorcism duties. Premieres October.

The World’s Finest Assassin Gets Reincarnated in Another World as an Aristocrat – When a great assassin is reborn in another world, he finds himself the heir to a long line of killers from the shadows. With both his modern-day knowledge and experience and the special magic and techniques of this new world, he could very well become the most unstoppable assassin in history…! Premieres October.

In the Land of Leadale – A leisurely adventure tale is about to begin, featuring a girl transported to a game world and the smiles and tears she shares with her quirky companions! Premieres January 2022.

Orient – This is a story about Musashi, a 15-year-old boy who lives in Japan during the Sengoku period where Japan is ruled by demons and Mushashi must try to confront these creatures with a certain special power!

Crunchyroll also revealed that the cast of ‘Restaurant to Another World 2’ will be heading to Virtual Crunchyroll Expo next month. Vocal artists Junichi Suwabe, Saori Onishi, and Sumire Uesaka will be joining the panel to discuss the upcoming series. In addition, Crunchyroll also showcased two of the latest Crunchyroll mobiles games, Princess Connect!, Re: Dive, and Mitrasphere which launched early last week.