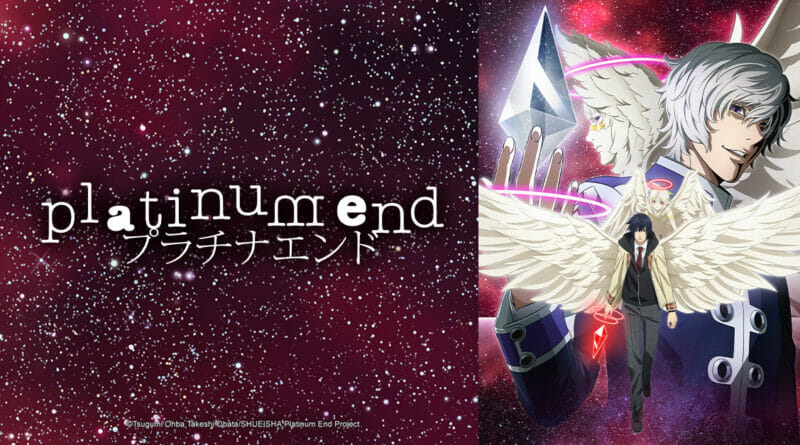 There are plenty of ways to keep warm this Winter and Crunchyroll is making sure to keep that fire going with a new slate of Winter Anime Dubs. Arriving this winter anime season is the continuations of Patinun End from the creators of Death Note. Orient, the new anime series from the creator of Magi, Love of Kill, just to name. a few. All of these titles will be available in English, Spanish, Portuguese, French, and German worldwide outside of Asia. The full list of Crunchyroll winter anime series include:

In the Land of Leadale:

Due to a terrible accident, Keina Kagami is forced to live on life support in order to survive. The only way for her to be free is within the VRMMORPG “Leadale.” One day, her life support stops functioning, and Keina loses her life. But when she wakes up, she finds herself in the world of Leadale 200 years in the future. She is now the half-elf Cayna, who possesses lost skills and OP statuses and becomes closer to the other inhabitants of this world. But among those inhabitants happen to be the “children” she made in character creation?!

Two assassins face off at a certain “workplace.” The cool bounty hunter Chateau and the mysterious and powerful Ryang-Ha. Chateau and Ryang-Ha become enemies after this fight—at least, they should have, but for some reason, Ryang-Ha takes a liking to Chateau and begins following her around. Little by little, Chateau develops a cooperative partnership with Ryang-Ha, which gets her caught up in the struggle against the organizations hunting him down. Furthermore, that battle is related to her past as well. Why did Ryang-Ha approach Chateau? What is Chateau’s secret past?

During the Warring States era, the feuding generals were suddenly struck down one after another by the demonic Kishin. In the 150 years since, groups of individuals have continued to resist Kishin control. They are called Bushi bands. When they were young, Musashi and Kojiro would hear tales about the Bushi from Kojiro’s father, and the two of them dream to form the strongest Bushi band. One day, as Musashi struggles with his choices, he witnesses humans being torn apart by Oni. Forced to face the truth, Musashi rises up against the powerful oni to make his dream with Kojiro come true!

Kakehashi Mirai lost his parents in an accident and lived in misery with the relatives who took him in. Having lost hope in everything, he jumped off the roof of a building on the day of his middle school graduation. But then he met an angel…

The Strongest Sage with the Weakest Crest:

My Next Life as a Villainess: All Routes Lead to Doom! X (OVA) chronicles a new chapter of Catarina Clae’s comedic adventures in love. This OVA will be dubbed exclusively in English. Crunchyroll will also be producing dubs specifically for their international audience. These international dubs include That Time I Got Reincarnated as a Slime Season 2, Haikyu!!, Miss Kobayashi’s Dragon Maid S (OVA), and The Ancient Magus’ Bride – The Boy from the West and the Knight of the Blue Storm, will be dubbed in Spanish, Portuguese, French, and German.

Which anime series is are you keeping up with the most this Winter season? Let us know!