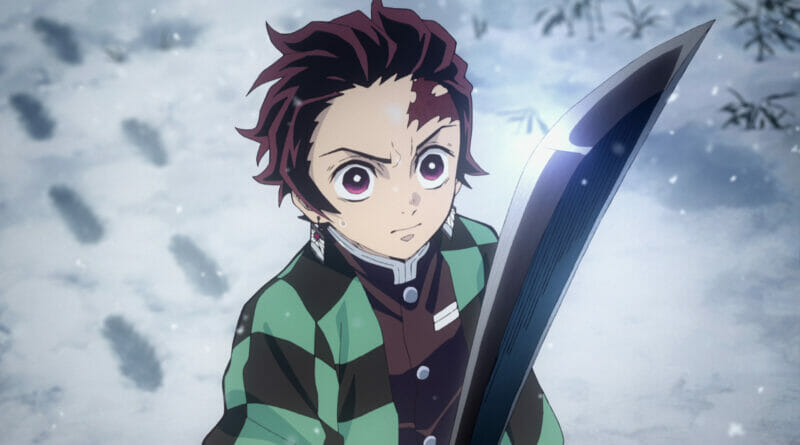 ‘Demon Slayer Mugen Train earned over $475 million globally becoming the #1 film worldwide in 2020, the first-ever non-Hollywood film to achieve such a feat. The film released in North America on April 23 and ascended to #1 at the box office in only its second week of release, earning more than $48 million to date.

“Demon Slayer Mugen Train has been a runaway success since it opened last year, galvanizing fans and attracting a whole new generation to anime,” said Asa Suehira, Chief Content Officer for Funimation Global Group. “We know Funimation fans are eager to experience the electrifying story again, and we’re thrilled to add it to our service. With the addition of the movie, fans can take a deep dive into the franchise watching the first season of the television series, three special television episodes, and now the feature-length film from their homes or on the go. What a tremendous partnership with Aniplex of America, Shueisha, Ufotable, and, of course, our community of fans.”

Demon Slayer Mugen Train is directed by Harou Sotozaki, featuring the adaptation of an original story by Koyoharu Gotoge with screenplay and animation being produced by Ufotable. The film is set after the events of Demon Slayer: Kimetsu no Yaiba Season 1 which sees Tanjiro, Nezuko, Zenitsu, and Inosuke embark on a new mission with the Flame Hashira Kyojuro Rengoku as they investigate the disappearance of Demon Slayer swordsmen on the Infinity Train.

Demon Slayer: Kimetsu no Yaiba is streaming now on Funimation with Season 2 slated to release later this year. Season 2 will be adapting the highly regarded Entertainment District Arc which will have the Sound Hashira front and center alongside the series main cast.