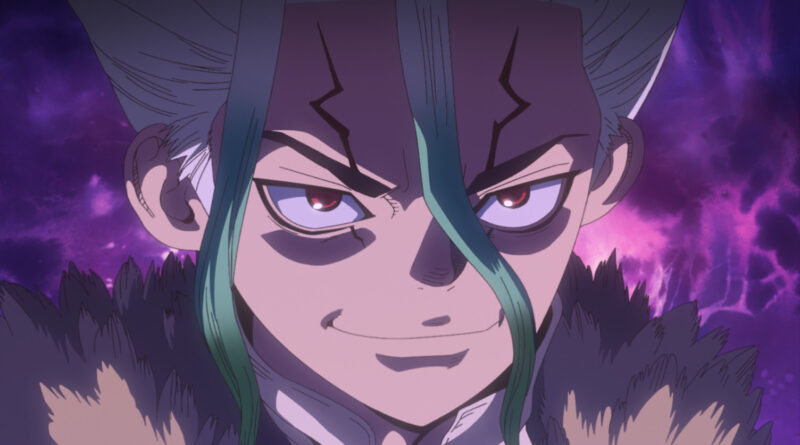 
Dr. Stone is back and the final preparations for the Stone Wars are now complete!

We’ve been waiting a long time for the return of Dr. Stone. The anime based on real-world science took the world by storm in 2019 and has become a highly recommended anime series ever since its debut and long after the conclusion of its debut season. At the end of season one war was declared between the Tsukasa Nation and Senku’s Nation of Science, dubbed the Stone Wars.

Season two starts with Gen Asagiri giving a recap of what happened during the events of season one which led to the world reverting back to the Stone Ages. This recap while being told to the children of this universe is also serving as a pseudo recap for anyone who’s coming into Dr. Stone for the very first time with season two. Anyone who was looking for a near-perfect abridged version of season one and wanted it in a matter of minutes then this was definitely for you. I’d still recommend going back to rewatch season one of Dr. Stone because it’s just that good.

The majority of the episode is spent making final preparations for the oncoming war and in the process, Senku teaches the village how to make “space food” or as we all have come to love and enjoy, cup ramen noodles. In his super fast-paced and overly complex way of explaining the science behind making space food, the village quickly catches on and ramen on the go is now a thing they have access to and can now make at will.

Last season we ended the season with Senku creating a couple of mobile phones in order to communicate with Taiju who’s been an undercover mole for Senku in Tsukasa’s army (remember he was held captive along with Yuzuriha). Gen conjures the idea of using the phones and mimicking Lillian Weinberg’s voice in order to fake the distress response from the United States telling the people of Japan that the world hasn’t crumbled and that the United State is on its way to help them.

Gen thinks this would be a great way to ward off Tsukasa and his army in order to give Senku the Nation of Science a chance to infiltrate and take over and win the war without spilling any blood or having any casualties. Chrome overhears the conversation between Gen and Senku and barges in and convinces the two to let him be part of this plan.

After it’s all set and done the final preparations are now complete and Senku divides his nation into three tasks force with Chrome in charge of engineering, Magma in charge of transporting the phones and Gen in charge of navigation but Kohaku warns him that he should not forget Tsukasa’s scout, Homura who’s been keeping tabs on them all winter long. Senku devizes a plan to get Homura out of their hairs by setting off small sonic bombs.

Overall, the return of Dr. Stone is openly welcomed and while the premiere feels a bit fillery, it’s only setting up what’s to be a super exciting season. Anime only watcher do not yet know who will come out on top at the end of this Stone Wars arc but one thing’s for sure, we sure as hell will be learning a lot of science along the way.