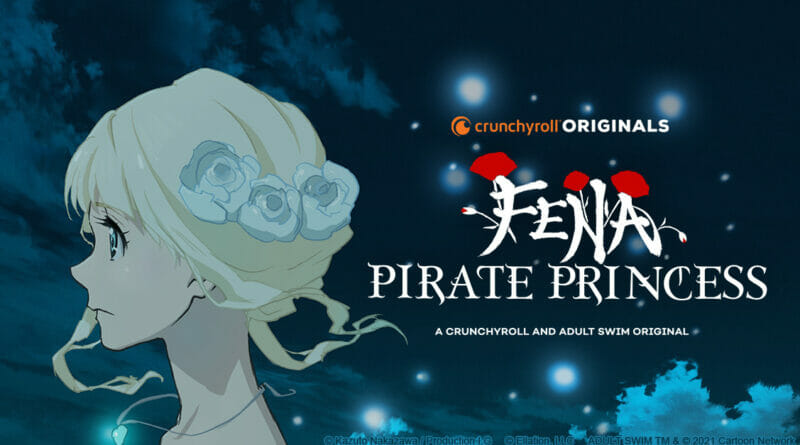 It’s been a while since we heard any news regarding ‘Fena Pirate Princess’. A new Crunchyroll Original anime series created in conjunction with Adult Swim. This week Crunchyroll and Adult Swim released a new trailer for the upcoming series and with it announced the main Japanese voice cast for the series and never-before-seen production artwork; the new trailer can be seen above.

Streaming now for Annecy badgeholders, ‘Fena Pirate Princess’ was selected as a Work in Progress series with a panel featuring director Kazuto Nakazawa and producer Rui Kuroki from studio Production I.G. During the panel, which is available for Annecy attendees through the end of June, the pair shared their inspiration for the series, fun anecdotes from production, and presented behind the scenes art including a selection of  backgrounds, character art and more.

“It made me want to make an anime with a flavor of Shojo manga in it.” stated director Kazuto Nakazawa. He also mentions that ‘Fena Pirate Princess’ has adventure and action “…but it is basically a love story.”

‘Fena Pirate Princess’ is a 12 episode original anime series that tells the tale of a young orphan girl, Fena Houtman. Fena has been raised on an Island where there is no hope of becoming anything more than a chattel, to be used and discarded by soldiers of the British Empire. But Fena is more than just another powerless orphan.

When her mysterious past comes knocking, Fena will break the chains of her oppressors. Her goal: forge a new identity, free of bondage, and search for a place where she can truly belong and find out the true mysteries behind the keyword “Eden.” It is the story of a lifetime adventure she and her crew of misfits and unlikely allies will have, in pursuit of her goals!