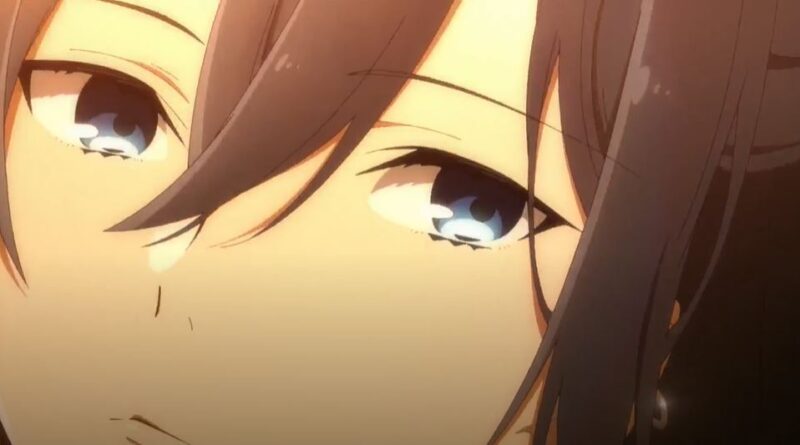 Horimiya Episode 2 Review: Time Stops for No One


Once again Horimiya hits us with some sweet moments between Miyamura and Hori, the animation compliments the story so well and it’s truly a delight watching the characters as they navigate love and high school.

What a great second episode! As a manga reader I recognized these parts from the manga. The first snippet introduces Hori’s mom who seems to work a lot so is rarely home. Her mom was a delight, especially the way she teased Hori about Miyamura. What causes Hori some strife for Hori though is that she realizes she doesn’t know Miyamura’s first name!

So she comedically agonizes over it until she finally just asks him. It was a very sweet and tender moment showing the two growing closer. It seems that they are also both beginning to realize their feelings for each other. Hori gets particularly upset when she realizes that there may come a time where she doesn’t see Miyamura.

We also see three new characters introduced in this episode, the members of the student council. The new characters are, Kakeru Sengoku, Remi Ayasaki, and Sakura Kouno. Honestly, I hated this part in the manga and I hated it just as much in the anime because it’s so frustrating!

The student council asks for Hori to help even though it’s way too much work for one person. Then Remi bumps into Miyamura and rudely tells him to throw out the document that she dropped which turns out to be an important one. The scene that bothered me the most was when the student council demands that Hori apologizes for losing it.

We know that it was Remi’s fault but she doesn’t say anything which makes Hori look bad and causes other students to start talking about her. It was satisfying when Miyamura came to her rescue but I was still left disappointed because I thought the student council handled the situation very poorly. I still don’t like Remi as a character. But it was nice to see a more aggressive side to Miyamura and how he was willing to come to Hori’s defense so readily.

The third part of the episode is about Hori’s birthday. It was so cute hearing Hori sing along to the anime songs that Sota watches. And the gift that Miyamura got her was very thoughtful. He makes her a mixtape of all the songs that people their age are listening to since he knows that she only really listens to the music that Sota does.

Miyamura also begins to realize his feelings for Hori. Tooru confronts him about it but he shakes it off, only to think more deeply about it later. When he gives Hori the gift they both remark casually on the passage of time but Miyamura notes that soon they’ll be third years. The question that simmers under the surface is, how much time do they have with each other? The passage of time puts pressure on the two of them to act on their budding feelings for each other.

Once again Horimiya hits us with some sweet moments between Miyamura and Hori, the animation compliments the story so well and it’s truly a delight watching the characters as they navigate love and high school.