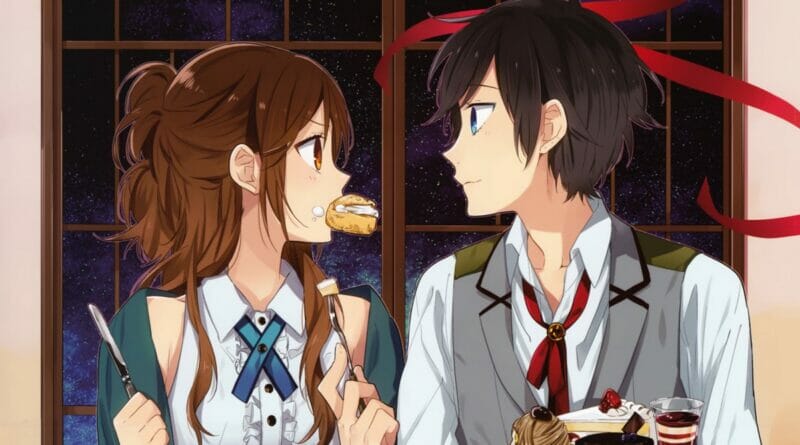 Horimiya Episode 6 Review: This Summer’s Going to be a Hot One

Things get a little steamy in this new Horimiya episode, just kidding, but there are definitely some heart-pounding moments! After staying the night, Miyamura and Hori are spotted leaving her house together. This gets the rumor mill spinning and of course, the other high schoolers say awful things about the two of them. Annoying guys asked Hori whether or not she’s actually dating Miyamura and when she responds with yes they express disappointment.

Others talk about Miyamura like he’s not even there. This whole time the audience doesn’t get to hear what the two are thinking but it was frustrating listening to people talk about two characters that the audience has probably grown to love at this point. One amazing aspect of this anime is its ability to subtly approach how its main characters are feeling. You know when the background goes white and those watercolor silhouettes appear that something important is happening.

Miyamura resolves to change his appearance. He cuts his hair and takes off his glasses, this part was a great one, because Miyamura looks so good after his transformation, and two, it was nice to see Miyamura come out of his shell even more. It was also super funny seeing Hori’s reaction to girls bombarding Miyamura. This is a huge step for Miyamura and it’s wonderful seeing him grow and change.

The “steamy” part of this episode comes when Hori tells Miyamura that she never “puts the moves on him”. What I love about Horimiya is it’s mostly realistic depiction of a budding relationship. It includes the awkward and embarrassing parts that come with a new relationship.

The next part of the episode is a bit more light-hearted and introduces Honoka. She is a second-year who is apparently in love with Hori. Hori doesn’t pay her much mind though since she figures that she’s pretty harmless. It is interesting that this is treated almost completely straight, no pun intended.

No one says it’s gross that Honoka is declaring her love and seems fairly serious about it too. But when Toru or Miyamura show any sort of affection for each other it’s weird, it seems like an odd double standard. Other than that Honoka and Miyamura’s interactions are hilarious as they fight over Hori. We don’t often see Miyamura have a lot of urgencies when it comes to Hori. It’s great to see this side of him. Plus it was sweet seeing him act like an older brother for Honoka.

To keep it short and sweet this episode was pivotal for Miyamura’s growth and for Hori and his relationship. Horimiya continues to hit us with some truly spectacular moments.