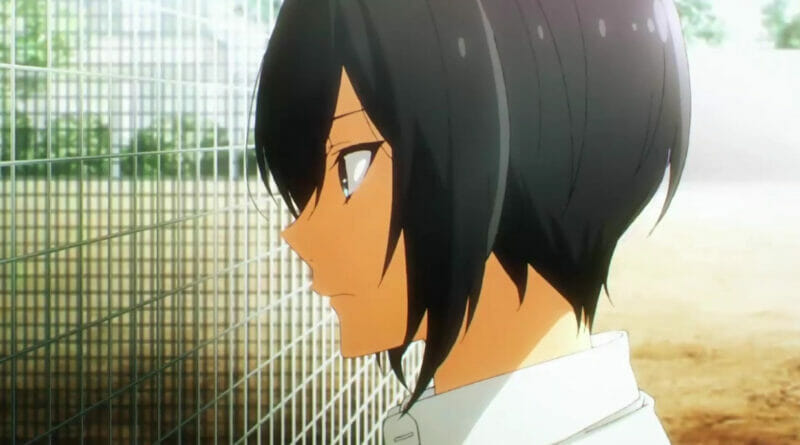 Miyamura-kun has been getting a ton of attention now that he has fully come out of his shell and gained the confidence he’s always lacked prior to getting in a relationship with Hori-san. This week Hori-san’s jealousy over the attention Miyamura-kun is getting has reached its limit and she becomes angry about it. By happenstance, on their walk home from school, the couple run into one of Miyamura-kun’s former bullies, Tonihara. He still tries to assert his dominance and insight fear in Miyamura-kun as he did in middle school.

Hori-san was not having it and in the midst of her jealousy-related anger she lashes out on the Tonihara and his friend for being mean to Miyamura-kun. There’s a lot of awkwardness and self-realization moments throughout Horimiya this week and that’s mostly due to the relationship between Miyamura-kun and Tonihara and Tonihara trying to make things right between him and Miyamura-kun after all these years. Also partly due to the fierceness of Hori-san after their initial encounter just a few days prior.

Additionally, we have the one guy who still has a crush on Hori-san and doesn’t feel like Miyamura is worthy enough of being Hori-san’s boyfriend. He and Miyamura-kun in a weird way start finding common ground and are now starting to work around their differences and are now on the path of becoming friends.

Another huge focus of Horimiya this week and last week was Hori-san’s kink of wanting Miyamura-kun to be a little rough and tougher on her to really kick her serotonin into overdrive and drive up the sexual tension between them. Miyamura-kun has been trying his best to really provide that for Hori-san, despite that not being his cup of tea. But as we have seen throughout this season, Miyamura-kun is willing to do whatever it takes to make his girlfriend happy.

While Horimiya has been incredibly enjoyable to say the least, my biggest gripe with the series overall is how they handle the relationships between Miyamura and the rest of his male peers. They teeter back and forth on whether or not there’s a physical attraction to him (Miyamura). We’ve seen throughout this season that whenever Hori-san and Miyamura-kun have their special moments we get a change of scenery, very colorful ones with the smeared watercolors and vibrant music.

All used to showcase that a connection has been made. We see that happen with other characters as well as we did in the previous two episodes. We see that happen today with Miyamura-kun and Tonihara thus causing a little confusion as to what kind of connection has really been made. While in Miyamura-kun’s eyes he sees it as becoming friends with a former bully. We don’t really know how Tonihara sees that connection.

I only shed light on it because we don’t see this happen with the female characters of the show. Even when another female character revealed to be in love with Hori-san. It’s a little weird how they go about these situations based on gender and it, unfortunately, provides a grey area and a double standard. Especially when Miyamura and his friend Toru’s sexuality is always in question based on how they act with each other.

Overall, Horimiya has been a thrill to watch and it sheds a lot of light on its undertones. Those being middle school and high school bullying, relationships and how teenagers handle loving relationships and partners, and how self-isolation can have a huge effect on someone not only during the fact but after as well. I think that’s where Horimiya really shines other than focusing on the relationship between our titular characters and their supporting cast members.