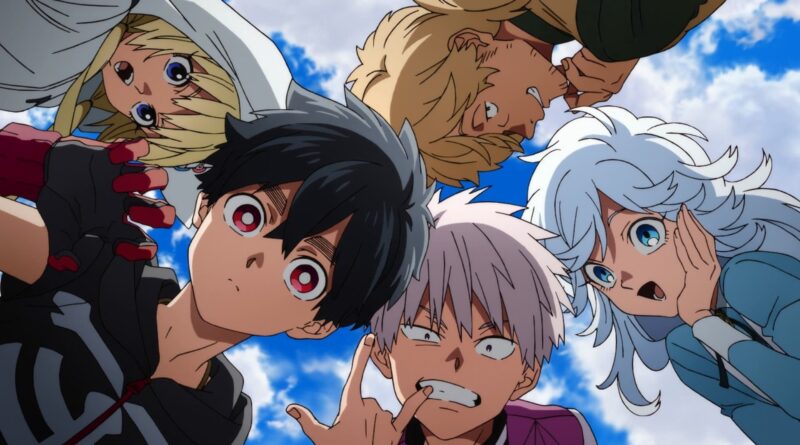 
Things Are Starting To Heat Up In Kemono Jihen!!

In this episode, we are introduced to two new characters, Shiki and Akira. They are also Kemono children but Shiki is a Hanyo, half Kemono, and human, like Kabane, is. We don’t know what type of Kemeno Akira is yet. But the detective agency seems to be a safe haven for young Kemono without families. The star of this episode is definitely Shiki, who captured a fourteen-year-old so well. He is loud, overcompensates, and honestly just straight up annoying but some of his true characters shine through in the brilliant scene where Kabane eats pizza for the first time.

It’s becoming clear that Kabane is different because of the fact that he seemingly feels no emotions. In comparison to Akira and Shiki who both show their emotions quite a bit the difference is apparent. The show is really trying to build up to Kabane showing more emotion eventually.

They are called for an emergency situation where a family has been overrun with a type of bug kemeno that could eventually kill them. They seem similar to ticks. Shiki shows off some of his powers which include shooting out webs, because of his Arachne mother, but his plan fails and in the end Kabane is the one that steps up. It was a tense and thrilling scene that captured Kabane’s willingness to do anything, but like Inugami remarks, it’s quite sad.

Kabane has no sense of self-preservation. But in the end, he shows a desire to find his parents marking that change is coming for Kabane. The end of the episode also reveals a very crucial character, the woman that Inugami speaks to on the phone. Manga readers know exactly who that is so her introduction shows that things are about to get really exciting.

Episode two of Kemono Jihen was another solid episode establishing the characters and setting up the season. I’m excited to see how things unfold in the anime!