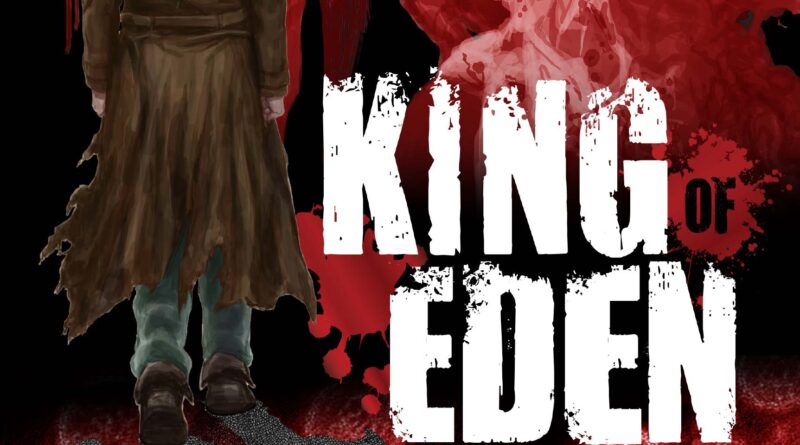 
*Warning this article contains minor spoilers for King of Eden*

If you are a horror fan like I am then you must be thriving in this lovely month of October. Like me, you probably want to enjoy your favorite horror content or find something new. Well, look no further because the new horror manga King of Eden, written by Takashi Nagasaki and illustrated by Ignito, is here and the horror/gore parts are a treat.

King of Eden is kind of a mixed bag. It has zombies, maybe werewolves, middle eastern terrorists, W.H.O., and archeologists. Surprisingly, they actually all fit into the plot in a coherent and interesting manner. I thought that it was going to be just a regular run of the mill zombie manga with a unique art style that captures that horror movie vibe just right, nothing too special. Boy was I wrong.

A virus that has been around for thousands of years is suddenly weaponized and spreading across the globe. It’s up to W.H.O, some archeologists, including Rua Itsuki, and Teze Yoo, a mysterious man with the power to fight back against the zombies to stop the virus from spreading. That’s the most basic way to describe it without making it sound convoluted. It’s not a fast read; it’s something you want to take your time with as you dive into it. There are a lot of characters and information that is shared that can easily be forgotten if read too quickly.

While sometimes long conversations between characters and info-dumping could be a bit much at times for me, the pace easily picked back up again once the action got going. Or it recaptured my attention by bringing in a surprising piece of information. The fight scenes were thrilling and suspenseful and created a sinister atmosphere. The art style really does compliment the story well. The artist, SangCheol Lee, credited as Ignito, captures the horror of the situation with his combination of hyper-realistic and stylized art.

What I enjoyed most in this manga was the zombie lore, without going into too much detail for the sake of spoilers, the origins of zombies in King of Eden lie in religion and history. You’ll learn about a lot of ancient Persian and Romanian figures in this, not something I anticipated but gladly welcomed because it created a more grounded story.

I look forward to reading the rest of the series as the mystery unravels further. It’s gearing up to have some interesting characters like Teze Yoo whose situation is still shrouded in mystery. As well as Rua Itsuki who is the only woman in the series, but unlike the typical female character in horror manga. It’s worth a read if you’re trying to get in the mood for Halloween!