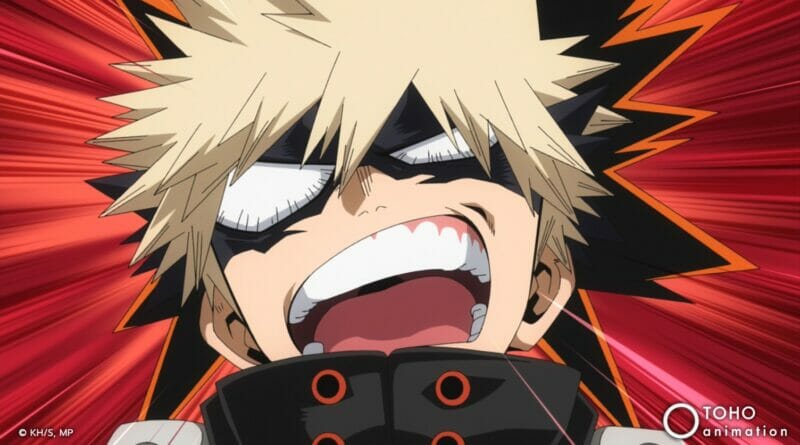 
My Hero Academia lives up to its catchphrase and Goes Beyond, Plus Ultra towards its 100th episode

My Hero Academia’s success over the last five years has been something to behold. Whether you were there from the start or were a late bloomer to the series like myself. Together old and new fans alike have witnessed My Hero Academia become bigger than life and become one of the Top 10 anime series of the last decade.

Spanning a total of five seasons with two feature films under its belt and a third on the way, that’s not even counting the three video games it has (two on console and one on mobile). My Hero Academia has proven that it has something for fans of all ages to love and enjoy. The proof is in the pudding as this series’ 100th episode nears its air date this Saturday, June 12th.

It’s not often that you see an anime series live long enough to see a 100th anime episode but those select few have managed to become icons in the anime community and have become some of the most talked-about anime series even after their conclusion. My Hero Academia is still a longs way away from ending its manga and its anime so they’ll be plenty more of My Hero Academia to intake, and as previously mentioned, the series’s third film is on the horizon and releasing this summer in Japan.

This past week the first half of the fifth season of My Hero Academia closed out its Class 1-A vs Class 1-B joint training arc which saw the show further explore the vestiges of One For All and saw Deku unlock a new quirk at the behest of Shinso. Who has some sort of connection to One For All’s vestiges. Things have been intense and some of the more sidelines characters of the series got their time to shine in this arc. Which has made the series all the more enjoyable.

Things will be taking a tonal shift as this season of My Hero Academia heads into its newest arc. So you’ll want to make sure you are going beyond, plus ultra, and getting yourself up to speed with My Hero so you can enjoy this monumental 100th episode!

My Hero Academia is a Japanese anime series based on the manga series by Kohei Horikoshi. It tells the story of a young boy, Izuku Midoriya, who lives in a universe where superpowers — or “Quirks” — have become commonplace. Izuku dreams of being a hero, although he was born without superpowers. Through the help of friends, family, and heroes, Midoriya is admitted into THE prestigious high school for heroes in training. This is where his journey begins.