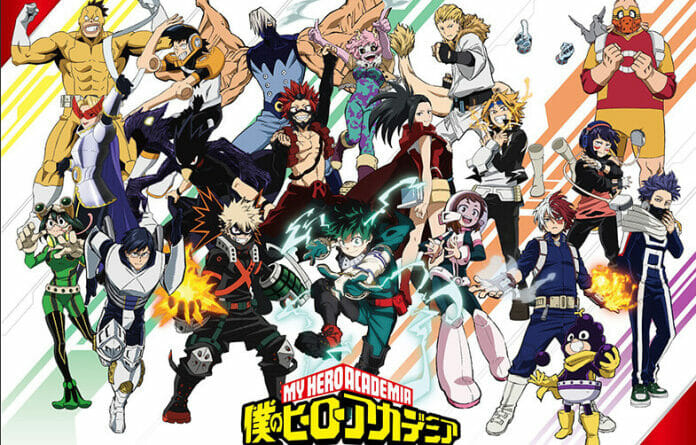 My Hero Academia, One of Anime’s Most Popular Franchises, Returns to Funimation

Class 1-A and Class 1-B are Center Stage in Upcoming Season Full of New Characters, Alliances, and, Oh Yes, the 100th Episode!

Izuku Midoriya, better known by his hero name of Deku, is about to return to Funimation in a clash of classmates in a new season of My Hero Academia.

Funimation today announced the season five premiere of the hit show My Hero Academia will return to its service on Saturday, March 27, across multiple global Funimation territories, including the United States, Canada, the United Kingdom, Ireland, Australia, New Zealand, Scandinavia, Brazil, and Mexico. Funimation is the premier home for My Hero Academia fans in these countries, whether they prefer subtitles or dubbed content. The series is also available in North America on Funimation’s streaming partner Hulu.

Class is back in session at U.A High School with Midoriya, Bakugo, Ochaco, and more returning students, promising one of the most intense years between Class 1-A and Class 1-B ever as our heroes-in-training battle it out in school.

The fifth season of the anime will be kicking off with the Joint Training Arc, which sees Class 1-A and Class 1-B’s students pitted against each other in a series of team battles that demonstrates just how much each respective class has grown. The last time we saw the students of U.A High, we were left with many questions. Season five will bring answers and action-packed stories that viewers won’t want to miss out on, including the iconic series’ 100th episode.

My Hero Academia is a Japanese anime series based on the manga series by Kohei Horikoshi. It tells the story of a young boy, Izuku Midoriya, who lives in a universe where superpowers — or “Quirks” — have become commonplace. Izuku dreams of being a hero, although he was born without superpowers. Through the help of friends, family, and heroes, Midoriya is admitted into THE prestigious high school for heroes in training. This is where his journey begins.

My Hero Academia has drawn the attention of many fans across the world, including celebrity wrestler-turned-actor John Cena, singer and songwriter Kahlid, and international pop-group BTS.

“We are excited to have My Hero Academia coming back to its home on Funimation,” said Asa Suehira, Chief Creative Officer at Funimation Global Group. “It’s been an honor to bring the My Hero Academia story to the Funimation audience over the years and watch the community of fans team up with Deku and his friends.”

My Hero Academia is produced by Studio Bones.