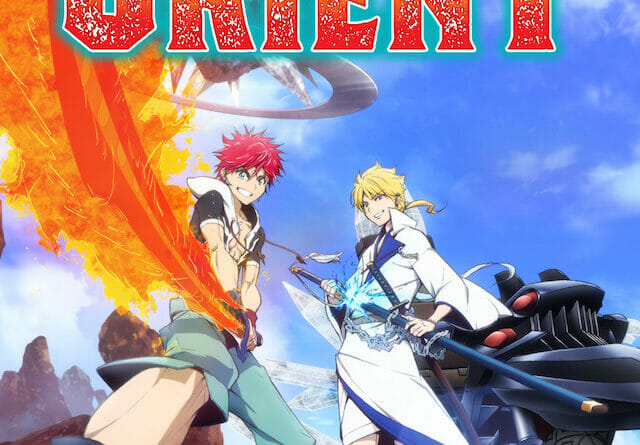 
The anime adaptation of Shinobu Ohtaka’s “Orient” is officially coming in 2022. An official teaser visual for the upcoming series has been released along with the main cast and the staff. Yuma Uchida will be the voice behind Orient’s main character Musashi, with Soma Saito being the voice behind Mushahi’s best friend Kojiro Kanemaki. Check out the official teaser visual below.

Tetsuya Yanagizawa will serve as the director with Mariko Kunisawa handling the series composition. Orient’s character design will be headed by Takahiro Kishida with music from Hideyuki Fukasawa. Animation studio ACGT will be spearheading the series animation. ACGT has worked on anime series like “New Fist of the North Star” and “Dies Irae”.

Orient mangaka Shinoby Ohtaka stated the following in regards to the Orient anime series: “The staff of the Orient anime are hard at work making the best anime they possibly can. As an author, I can’t wait to see new life breathed into my characters, and see how they move when animated.”

“I’ve been reading shonen manga since I was a kid. I’ve learned a lot from manga. I love strong characters, and the way they stay true to what they believe and fight through any trial has given me courage many times. I like weak heroes too. When somebody falls and then gets back up again, they always grow as a person. Sometimes fighting with your friends, or laughing with them… I like all those kinds of manga. And Orient has all of that. I’ve always wanted to make a show like this.” said Orient director Tetsuya Yanagizawa

Mariko Kunisawa shared the following: “The world of Orient is the society we live in. The more I read it, the more I realize that.” I want to share the things that make this manga great with as many people as possible, and both the director and I are working our hardest at it.”