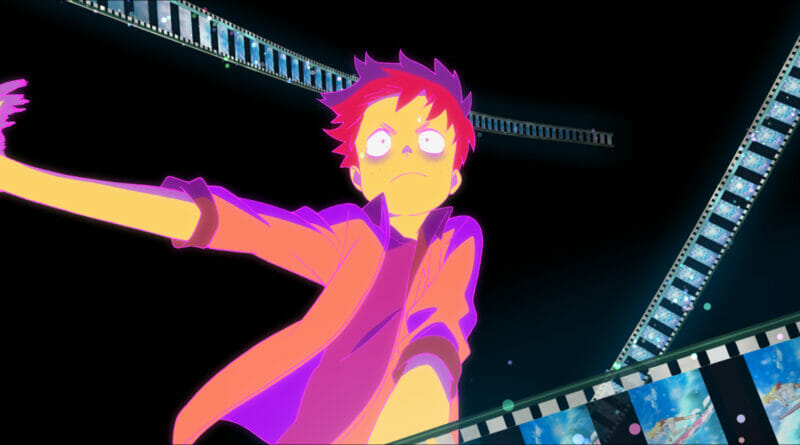 ‘POMPO THE CINEPHILE’ Releasing in North America This April

GKIDS, the acclaimed producer and distributor of multiple Academy Award-nominated animated features, announced that it will bring ‘POMPO THE CINEPHILE’, the stylish and hilarious ode to filmmaking, to cinemas nationwide this April. Continuing their partnership with Fathom Events, fan preview events for POMPO THE CINEPHILE will play in cinemas nationwide on Wednesday, April 27th (Japanese language) and Thursday, April 28th (English language dubbed). In addition to the full feature, audiences will view a special introduction from director Takayuki Hirao, exclusive to the Fathom Events screenings. Fan preview events will be followed by a limited theatrical release in select markets nationwide by GKIDS starting April 29th.

With POMPO THE CINEPHILE acclaimed director Takayuki Hirao (“God Eater,” The Garden of Sinners), known for his dynamic, maximalist animation sequences, returns to the director’s chair with production from the all-new studio CLAP. An official selection and nominee for the Satoshi Kon Award for Best Animated Feature at the 2021 Fantasia Film Festival, POMPO THE CINEPHILE was domestically released on June 4, 2021, and swiftly became an indie hit. Fueled by the excitement from the film’s domestic release, a crowdfunding campaign to create a 35mm print of the feature achieved its fundraising goals of ¥10,000,000 (approx. $91,000 USD) in just eleven days.

Tickets will be on sale on March 25th at FathomEvents.com, PompoMovie.com, and participating theater box offices. The ticket on-sale date may vary based on local cinemas, so please check back often.

SYNOPSIS
Pompo is a talented and gutsy producer in “Nyallywood,” the movie-making capital of the world. Although she’s known for B-movies, one day Pompo tells her movie-loving but apprehensive assistant Gene that he will direct her next script: a delicate drama about an aging and tormented creative genius, starring the legendary and Brando-esque actor Martin Braddock, and a young actress seeking her first break. But when the production heads towards chaos, can Gene rise to Pompo’s challenge, and succeed as a first-time director?

Pompo the Cinephile is a rollicking, exuberant ode to the power of the movies, and the joys and heartbreak of the creative process, as a new director and his team devote their lives to the pursuit of a “masterpiece.”