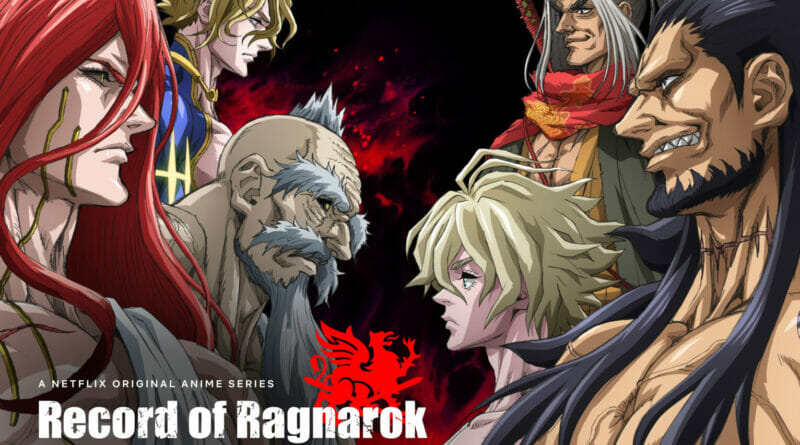 Record of Ragnarok Review: The Final Battle Between God and Man Lackluster Action Beats Are Its Biggest Setbacks

Record of Ragnarok is the latest addition in this year’s immense lineup of Netflix Original Anime Series. Based on the manga of the same name (Record of Ragnarok: 終末のワルキューレ, Shūmatsu no Warukyūre, lit. “Valkyrie of the End”) written by Shinya Umemura and Takumi Fukui and illustrated by Ajichika. Record of Ragnarok centers around a single-round robin-style tournament battle between 13 of the strongest Gods versus 13 of Earth’s greatest champions throughout all of history to decide the fate of mankind. If the Gods defeat seven of Earth’s champions they will end all of humanity. If Earth’s greatest champions manage to defeat seven of the Gods, humanity will be spared and will be able to continue living for another thousand years.

Record of Ragnarok has the formula to make this anime something truly epic but yet it gets lost in its grandiose plot with lackluster fights which deliver little to no action at times and some rather odd character designs and questionable animation choices. It’s clear that Record of Ragnarok drew inspiration from the likes of Dragon Ball Z, Black Butler, JoJo’s Bizarre Adventure, Seven Deadly Sins and plenty of other anime series/mangas that preceded it. Ultimately the idea that this was most likely an homage to those aforementioned titles becomes an animated version of Jump Force in which anime fans try to pit the best of the best of their respective fandoms against each other.

What really kept me going with this series was the plot. I really do like the idea of Earth’s greatest champions going toe-to-toe with the Gods they worshiped in order to decide their fate. There’s just something so poetic about it and I really wanted them to explore that further. Which they did.

However, prolonging each fight in order to give these characters some background in order to make you care about them takes you out of the moment. When the flashbacks feel like too much then the series flips back to the present moment to give you the mother of all fakeouts and not really give you much of the action you so desperately need in a series like this one.

Each one of the three battles we see in Record of Ragnarok has at least one or two things to really make it memorable. Ultimately what makes them fall flat is the pacing and that’s this series biggest setback. Outside of the questionable animation choices and weird character designs. One fight that stood out to me the most and made the most sense poetically and logically from a storytelling standpoint was the battle between Zeus and Adam.

The beauty of this battle wasn’t just the action but the story and purpose behind it. But when compared to the battles between Thor & Lu Bu and Poseidon & Kojiro Sasaki. This battle should’ve been the final and decisive battle. You have the creator of man, Zeus in this case, and the Father of Mankind, Adam. It doesn’t get any more poetic than that. And the way the battle went down it really had final boss material and it also had the emotional weight to back it up so I would’ve love to see this as the final battle.

However, as someone who has not read the Record of Ragnarok manga, I do not know what’s ahead so I could be swallowing my words later on if this series does get a second season. Record of Ragnarok ends with the introduction of Jack the Ripper and Hercules as they are set to do battle next but Netflix has yet to make any official announcements on whether or not they’ll continue with the series.

If they do, I really do hope that we get a lot more action and more memorable fights. That’s what this anime series is set to deliver and it really hasn’t delivered on that aspect. Overall, I enjoyed Record of Ragnarok but its horrible pacing and lackluster fight sequences, and animation don’t make it as enjoyable as it should be.

Record of Ragnarok is streaming now on Netflix, its manga will be getting an English translation and will be sold through Viz Media this Fall.