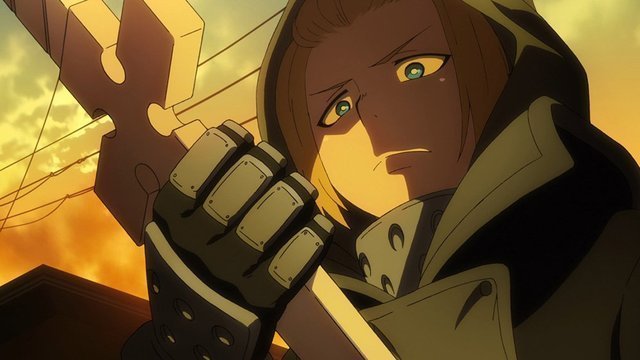 REVIEW: FIRE FORCE EP 2 – THE HEART OF A FIRE SOLDIER


Before I get into my quick review of Fire Force episode two, I would like to send my condolences to the victims of the Kyoto Animation arson attack and their families in this time of grief.

As we all know, episode three of Fire Force has been delayed in honor of Kyoto Animation. Given the theme of this anime series, it’s only fitting that this episode was delayed.

Now onto Fire Force episode two, The Heart of a Fire Soldier. This episode right off the bat comes in with the introduction of Arthur Boyle, the self-proclaimed Knight King, who just so happens to have a history with Shinra, dating back to their time at the academy.

With the Rookie Games coming up, Hinawa wants to test the two individuals in a 2 on 1 fight again Maki. Who hands both Arthur and Shinra a massive L. During this short but thrilling battle, we discover that Maki is not only a second generation pyrokenetic, she’s also a witch. While she does have doubts about herself because she is a second generation pyrokenetic, she does a swell job at handling the two new rookies.

The interesting but questionable thing about pyrokenetics in this anime series is that it implies that each following generation is stronger than the previous. Granted, both Shinra and Arthur are both third generation, they’re automatically stronger than Maki or anyone else who’s a second generation.

The biggest question of all from this episode comes towards the end to the episode. Who’s really behind the spontaneous human combustions aka the Infernals and who is Joker and what are his true motives? While the answer is most likely in the manga, I personally don’t keep up with any manga series anymore (I know, I know, I’m not a true weeb) but I will just watch the anime series and see how Joker’s motives play into the series and if he has any connection to the Infernals, which I doubt, but anything is possible.

Lastly, I really like how the anime plays with the themes of “killing” an “innocent” human being once they have combusted. Especially within Shinra, who didn’t want to kill the Infernal, despite knowing it HAD to be done.

There’s a really cool shot of Arthur laying the Infernal to rest, but we’ll focus on that at another time.

Solid episode nonetheless. I’ll be back when episode 3 premieres! Látom!