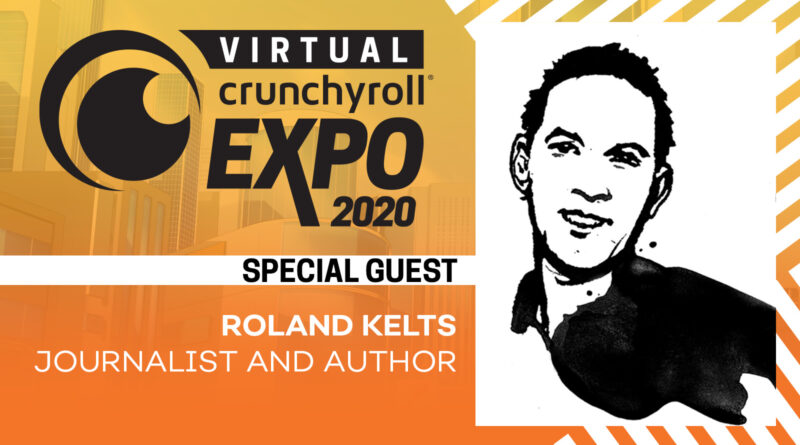 You released a book back in 2006 named ‘JapanAmerica’, a book that’s dubbed as the ultimate guide to Japanese pop culture. Looking back at it now, 14 years later, outside of the growing love and support for both manga and anime here in America, do you feel that your book helped shape the growing love for Japanese animation, pop culture, and lifestyle?

Yes, I do, or at least I’ve been told many times that JAPANAMERICA helped a lot of people understand why and what they loved about Japanese pop culture. I think the book still sells so well and works for so many people because it’s really a collection of stories and characters. The characters are the individuals who create Japanese pop culture — and me. I’m the guide.

A lot of readers also tell me that JAPANAMERICA helps them understand the uniquely post-apocalyptic, postwar history in the DNA of contemporary Japanese culture. The specific cultural identity behind Japanese products — manga, anime, fashion and design — is what I explore and describe in JAPANAMERICA.

Arthel Isom and his D’Art Shitajio company was created to bridge the gap between Western and Eastern animation by introducing more Western elements into the Japanese art and animation medium. In what other ways do you see this happening for Western stories being told in the Japanese anime/manga medium?

It’s been happening for quite a while. While I was writing JAPANAMERICA, the West had already produced The Matrix, which is probably the best and most honest adaptation of Ghost in the Shell Hollywood will ever produce. Star Wars was more directly influenced by Akira Kurosawa’s The Hidden Fortress, but you can find embedded elements of Gatchaman/Battle of the Planets and other early anime.

Today, the West is full of postapocalyptic narratives informed both visually and psychologically by anime. Westworld is just one example that comes to mind, but there are plenty. In JAPANAMERICA, I use the mobius strip as a metaphor for East->West, West->East cultural influence. It’s harder and harder to tell which side is which.

But what Arthell and D’ART Shtajio are doing is really next level. They’re artistically innovative and advanced, of course, but they are also introducing race into the mix, creating Black characters who transcend the stereotypes of Black and other racial identities, and even transcend stereotypical Japanese identities. As we know, anime has a lot of stereotypes that are well worth busting up and rising above.

Are you an avid viewer of anime? If so, which anime series is your all-time favorite?

No longer as avid as I once was, but definitely more critical. I teach intensive seminars on anime and Japanese history at Waseda University here in Tokyo, so I have to watch anime with greater care and attention. I need to be able to place it in various contexts for readers and students.

Naming favorites is a kind of torture and produces hysteria — but I do love Samurai Champloo, Cowboy Bebop and Paranoia Agent.

Anime and Race with ROLAND KELTS (JAPANAMERICA) and ARTHELL ISOM (D’ART SHTAJIO) in Tokyo. Anime and race might not be a topic for most Japanese, to whom the shows are targeted. Characters speak Japanese, behave like Japanese, sometimes attend Japanese schools and eat Japanese food. But to audiences outside Japan, the round-eyed, blond-haired, non-racial (or “stateless”) characters can look a lot like white people.

The question is more urgent with both Black Lives Matter and Hollywood’s habit of “whitewashing” hot topics. Casting white actors to play characters of color, like Scarlett Johansson as Major Kusanagi in Ghost in the Shell, can be a Major Fail. Half-Japanese American author Roland Kelts, and anime artist and background designer Arthell Isom, co-founder of anime’s only Black-owned studio, break it down in this fascinating three-part panel which you can catch TONIGHT from 5:15 – 6:15 PM PT / 8:15 – 9:15 PM ET during Virtual Crunchyroll Expo.