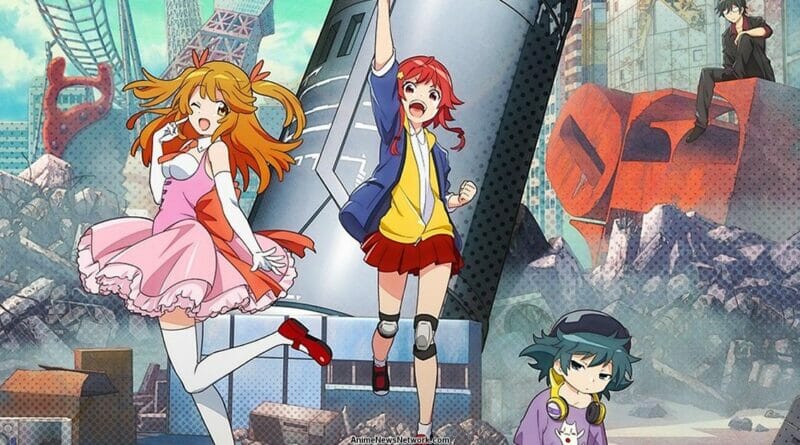 “RUMBLE GARANNDOLL” is an all-new original sci-fi anime from KODAKAWA and Studio Lerche and it’s coming to Funimation this Fall! Last week when the anime series was first announced fans were treated to the series key visual and its main casts members which include:

Shiori Izawa (Cannon Busters, Dragon Goes House-Hunting) as Misa Kuroki, Aina Suzuki (Love Live! Sunshine!!, Don’t Toy with Me, Miss Nagatoro) as Yuki Aoba, Ai Fairouz (How Heavy Are the Dumbbells You Lift?, If My Favorite Pop Idol Made It to the Budokan, I Would Die) as Rin Akagi and Seiichiro Yamashita (APPARE-RANMAN!, Horimiya) as Hosomichi Kudo.

“RUMBLE GARANNDOLL” will be directed by Masaomi Andou. With character designs by Keiko Kurosawa and Akio Watanabe, and series composition by Makoto Uezu. RUMBLE GARANNDOLL is a new sci-fi mecha series that pits a parallel-world army and its giant robots against real-world Japan. The anime will air this Fall on Funimation.