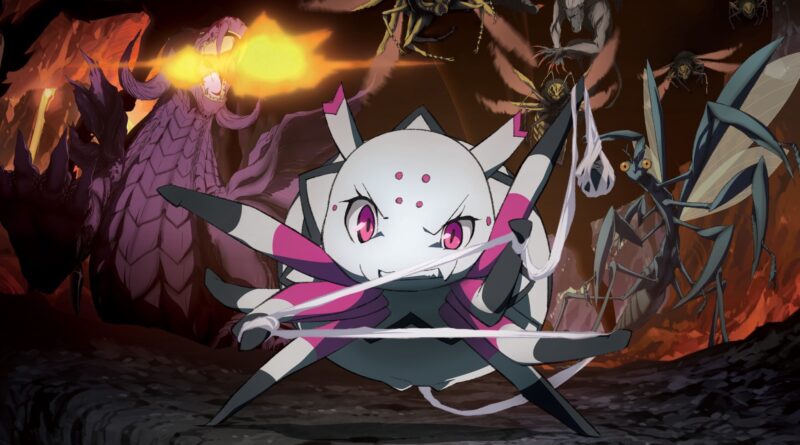 So I’m a Spider, So What? Episode 1 Review


So I’m a Spider, So What? Is a Little Too Reminiscent of That Time I Got Reincarnated As a Slime, But This New Anime Series Has The Potential To Be Something Great

In a world where Isekai stories are some of the easiest manga, light novels, and anime stories to get into. You almost have to have something insanely unique in order to stand out above the rest or at least remain afloat. Although we are only one episode into this new series, So I’m a Spider, So What? adapted by the manga/light novel written by Okina Baba is the first Crunchyroll Original anime series to debut in 2021.

I’m personally not all that familiar with the manga or the light novel, I did find myself keeping this series on my radar after the anime was announced at the Crunchyroll Anime Awards and it’s trailer had me hooked. Now that I have witnessed the first episode and as I mentioned above, the episode reminds me a little too much of That Time I Got Reincarnated As A Slime. It’s almost nearly identical from our main character dying to being reincarnated into something that they probably shouldn’t have to gain the necessary skill points and meeting all the preset conditions in order to attain new skills in order to survive this new world they find themselves in.

For our unnamed and yet to be revealed main character, she finds herself in a cave reincarnated as a spider and must now find a way to eat, gain new skills and essentially find a way out of this cave. Unfortunately for her, everyone else who was also reincarnated was dealt the better hand since the majority of them reincarnated as either an elf or simply reincarnated as a human with just different genders or social stature than they previously had.

For the most part, the animation, the CG, and the overall plot are interesting enough to make me come back for another episode or two. Plus I also want to know what caused these humans to die since we just see a random and unexplained black orb fill up the screen and bam new characters are shown and our MC is a spider.

Now, this is not a knock on the series itself or the story, it’s just the way the story is presented at first. Picture Dr. Stone and how it had a similar start to its first episode as well but people were turned to stone and essentially reverted back to the Stone Age and now have to develop civilization all over again and at a much faster pace, I digress.

There’s plenty of questions to be answered after this first installment of So I’m a Spider, So What? and that’s not necessarily a bad thing. Leaving things open to interpretation and/or leaving them opened to be answered later is a surefire way of keeping people interested and coming back for more. As an added bonus both the anime’s opening theme and ending theme are *chef’s kiss* fire. You can be sure I won’t be skipping these themes whenever I’m watching the series. You can watch those above if you haven’t checked them out already.

So I’m a Spider, So What? is streaming now exclusively on Crunchyroll.