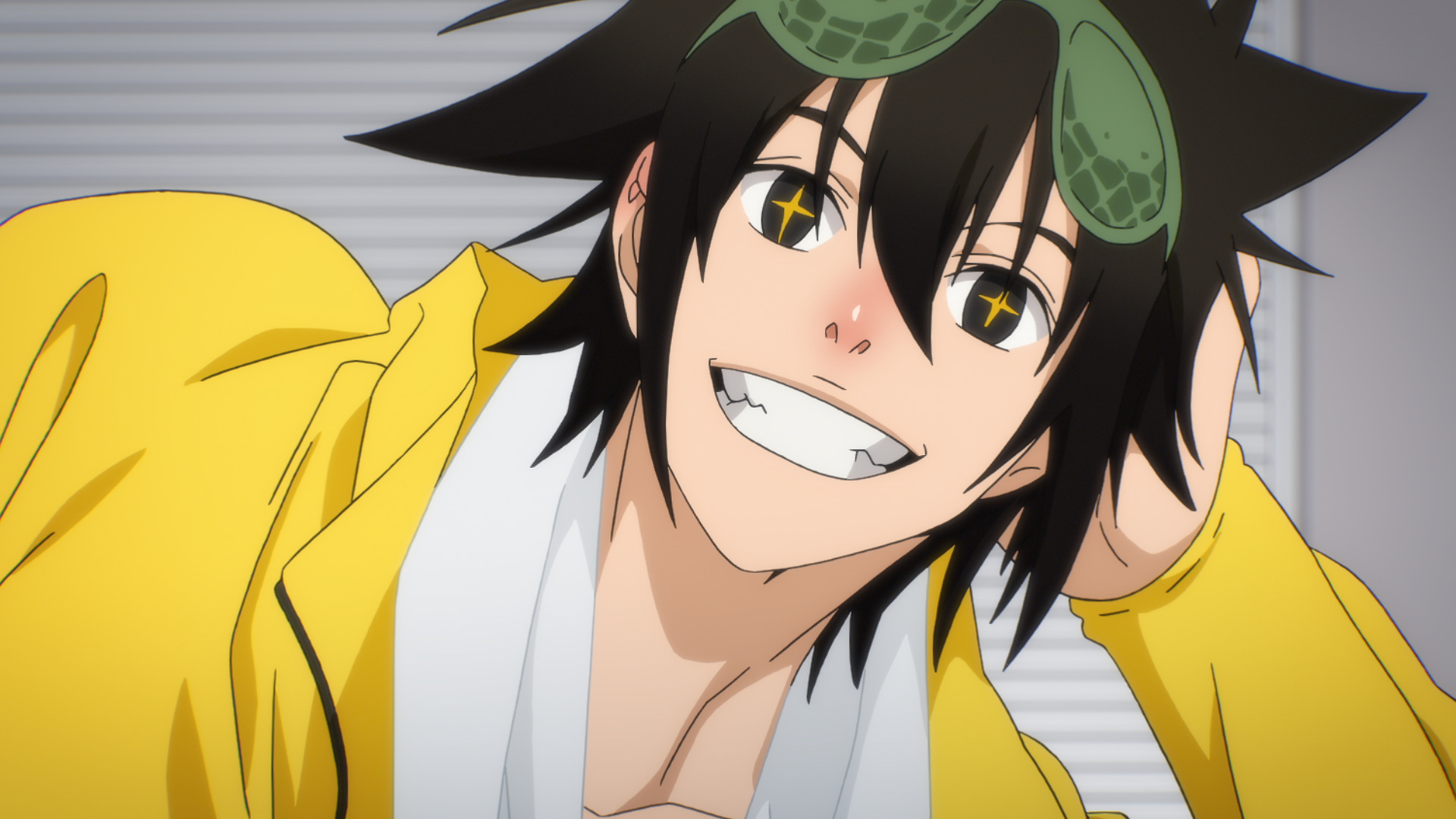 
The God of High School Episodes 1-3 pack a heavy punch in its fast-paced action. Although the action is heavy, the motives behind our leads and a lingering mystery make for a very compelling story!

The God of High School is the latest entry in the Crunchyroll Originals anime lineup based on the WebToon comic/manga written and illustrated by Yongje Park. The series follows Jin Mori, Yoo Mira, and Han Daewi, three high school students who enter The God of High School tournament to see who’s the best fighter in the country. The winner of the tournament is granted one wish and that wish can be anything.

Our leads; fateful encounter happens when Jin Mori attempts to stop a thief who has just stolen the purse of an elderly woman. In the process, he comes across Yoo Mira who is making her way to the arena where the tournament is being held. Both Mira and Mori end up crossing paths with Daewi who has just left work and has started making his way to the arena for the start of the tournament. Daewi also ends up being the one who stops the thief.

But I understand that this episode played out this way to really lay the foundation and the groundwork for the remainder of the season, especially episodes one and two.

In episode two, we get our first official 1v1 fight between Go Gamdo and Gang Manseok. A truly brutal and extremely violent fight. What we see Manseok display in episode one was nothing compared to what we see in this episode. The episode also delivers in its exposition especially for the characters in which this series focuses on and the fight that is being displayed.

We learn why Manseok is as violent as he is, why he’s easily insulted, and why he tries to prove that he is the alpha male in the room. We also learn why he was forcing Gamdo to beg for forgiveness. Showing why Manseok does that to his opponents is truly telling of how he saw himself in the past…weak. A man who was not powerful enough.

I truly felt for Go Gamdo, I’m such a sucker for characters like his, and even though he isn’t a central figure in this anime. I was really uncomfortable watching him get beat down like that. Which is why I’m glad Mori jumped in to save him, otherwise, Gamdo would’ve died in that battle.

Mori’s interference comes at a severe price. Not only is Gamdo eliminated from the tournament due to his inability to keep on fighting, but Mori also immobilizes Manseok as well. While we see Mori’s true power and his fighting capabilities in full display here, he has now run the risk of potentially being eliminated from the tournament for his involvement in this battle. Which is a severe breach in the tournament’s rules. Something the Park Mujin makes’s crystal clear.

In episode three we see Mira front and center against WWD Women’s Pro Wrestler, Mah Miseon. This fight was not as impactful as the other ones we’ve seen so far but seeing Mira overcome such a strong opponent was great. Especially seeing her Moon Light Sword Style on full display without the use of her wooden sword.

This episode packs a heavy punch as well as we see Daewi in his brutal battle against Baek Seungchul. It seems like all of the odds are stacked against him but he manages to overcome a very tactical and strategic opponent. Wise words from his sick friend give him enough drive to overcome his opponent to get the upper hand and pull off the win.

It’s a strong scene because it focuses on a saying that I tell many of my friends and sometimes I’m very vocal about on social media, anime teaches you some of life’s most important lessons and The God of High School is no exception. This scene cemented that and its moments like these that make me love watching anime so much.

One thing I will say about this series so far is that its not full of the usual anime tropes, ie: the protagonist is super strong, his opponent is essentially a god and the protagonist must find some sort of supernatural power to overcome the said opponent. And while every fighter in this series so far has some sort of supernatural power. It’s tied more directly to the spirituality of their fighting styles. Which is something that’s prevalent in the real world of martial arts. It’s a nice touch from a creative standpoint in order to keep some sort of realism to the art forms used in these fighting styles.

Keeping on track with the typical anime tropes, the battle between Commissioner Q and Jin Mori, you go in expecting a grand spectacle due to Mori’s fighting style and strength. You’re also expecting that a commissioner of the tournament board would be another great opponent for Mori. Rules a simple, if and when Mori knocks Q down he wins and stays in the tournament.

Which he accomplishes easily, but this defeat send Q into a raging frenzy, which causes Park to step in once again before things get severely out of hand. There’s a hidden card at play here and things are starting to unravel. Jin is more than he seems to be and Park has a huge interest in him and his grandfather Jin Taejin.

You can catch The God of High School every Monday exclusively on Crunchyroll.