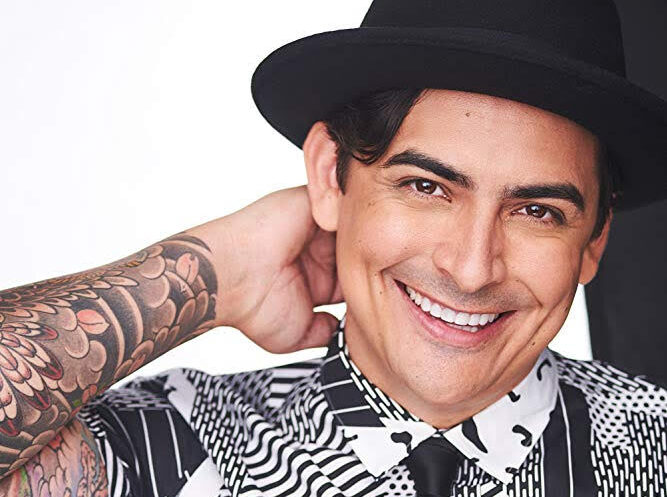 
We present you with our exclusive interview with The God of High School English dub voice actor Robbie Daymond, the voice of Jin Mori.

You’re voicing Jin Mori, a character full of charisma, and a unique sense of humor. What was your approach to the character, especially bringing those respective characteristics to life?

Well, one of the first things I fell in love with about the show and characters was the humor. I just thought it was really fun, silly, and over the top but there were also some really unique understated moments. I felt like the Japanese voiceprint was all over the place in a good way. So that gave me a lot of freedom to sort of flex my acting muscles between the silly parts, the heartfelt parts, and when the action sequences get downright deadly.

Mori enters The God of High School tournament with the hope that he wins in order to fight the only person he’s ever lost to. In your eyes, how does this drive him throughout the tournament?

Spite is one of my number one motivators, haha. No, I’m just kidding (kind of)… it’s good to have a rival if you can make your rival your friend. Anime taught me that, haha! Seriously though, it’s one of the best things you can possibly do for yourself because it fuels competition. I think success is eternally personal and some of the best competitors and winners in life have someone they’re striving to beat or prove themselves to.

Prior to entering the tournament, Mori meets and befriends Han Daewi and Yoo MIra, what can you tell us about that dynamic in these newly formed friendships between these characters?

You know, we don’t know too much about Mori when we first meet him, but to me, it feels like maybe he doesn’t have a ton of friends. He’s so focused on what he’s after so when he meets Daewi and Mira I really feel like he sees something in them that he can relate to. And that’s that desire to win, that fighting spirit. Also, they are his age, and he can be himself right away. Mori is like that scruffy, stray dog you meet and you can’t help but love them, but once you let them in a little bit, like it or not, he’s gonna follow you home.

Taking a step away from our focus on the characters themselves, let’s discuss the action pieces in this series. The action sequences are epic and hard-hitting no matter how long or short the battle lasts, which fight sequence has become your favorite?

As far along as we are in the series, without giving away any spoilers, one of my favorite moments has to be when a fight goes from pedestrian and “normal” to something beyond that and a bit supernatural. That’s one of my favorite moments because it gets “serious” for the first time. You see what the characters are capable of in this world and it becomes not just a street fighting series but something much bigger and teases what’s on the horizon.

Other than his personal quest of wanting to face the only person he lost to. What else can fans expect from Jin Mori in this series? Is he our next best boy?

Is he the next best boy?! Well, he’s certainly got all of the right qualities, doesn’t he? They recently did a popularity poll and I will say he did win best boy for his own show! You might have a contender, baby! I mean, come on, what’s not to like?! He’s cute. He’s charming. He’s funny. He’s heartfelt and kick-ass – he’s got my vote!