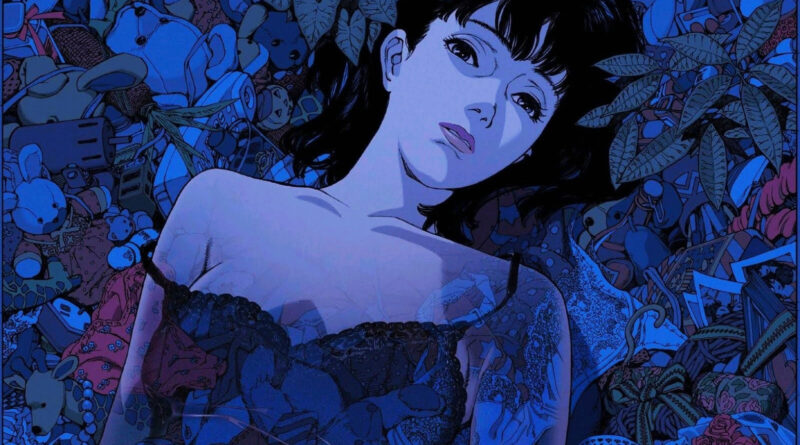 
Top 10 Horror Anime/Manga To Watch or Read before October is over!

Just in time for the last week of October! Here is my list of anime/manga that you should check out to get into the spooky mood for this season. I want to preface this by saying that I am a person who is very particular about the type of horror anime and manga I consume. If it has excessive or meaningless fanservice it’s a no-go for me.

I think, “Does there really need to be that panty shot while running from a horde of hungry zombies?” Or “Did you need to draw attention to that character’s breasts as she ran away from some bloodthirsty demon?”. So this list will consist of anime/manga that if there is any sort of fanservice it will (mostly) be in service to the plot. I’ll be counting down from ten to one so without further ado let’s get spooky!

10. YOU WILL HEAR THE VOICE OF THE DEAD

Number ten on my list is the manga You Will Hear the Voice of the Dead, written by Hiyodori Sachiko. This series is about a young man named Jun Kishida who is able to see the dead. He is guided by his silent childhood friend Ryoko Hayakawa who now protects him as a ghost. The art is reminiscent of Junji Ito, possibly inspired by, but still has a unique feel to it. There is a good combination of comedic moments to downright terrifying ones.

There are aliens and demons and werewolves and ghosts and the logic/lore behind them almost always makes sense. The caveat is that when things don’t make sense the plot can seem convoluted and events become jumbled. Overall if you’re looking for something with both wholesome and horror-filled moments this is your pick.

At nine I have Dai Dark. Most of us by now are probably familiar with Dorohedoro; this is another manga by creator Q Hayashida. Like Dorohedoro, Dai Dark combines comedy and gore well, this time with a carefree main character named Zaha Sanko. He is searching for the man that cursed him.

Q certainly knows how to create an interesting setting. Dai Dark takes place in deep space where Sanko is surrounded by plenty of unsavory characters that want to get a hold of his flesh. It’s a bit more nonsensical compared to Dorohedoro which is why it’s lower on the list, but if Dorohedoro ending left a hole in your heart like it did mine then let the void of Dai Dark fill it back up.

Next up at number eight is the anime Xxxholic, I would suggest reading the manga as well since the characters become more fleshed out and interesting. Anyone familiar with the CLAMP universe knows that it’s a bit insane. Multiple universes intersect and interact and it can get confusing. But Xxxholic is my favorite series out of the CLAMP universe. It follows Kimihiro Watanuki as he fights off spirits and all kinds of creatures under the tutelage of the somewhat blase dimensional witch Yuuko.

What I liked about this series is the way it shifted its tone, sometimes the creatures Watanuki encountered were pretty murderous and the anime captured this atmosphere well. The series got really good when it stopped using Watanuki as the butt of all the jokes. It might be hard to tolerate him as he is rather loud and brash but if you give the manga a chance you’ll see Watanuki’s character growth, which goes in a very interesting and compelling direction.

Happiness was written and illustrated by Shuzo Oshimi lands at number seven on my list. I would describe this manga as “Like Tokyo Ghoul but somehow even more depressing”. Makoto Okazaki is a cowardly student whose life is pretty bleak until he gets bitten by a mysterious female vampire. From there he must battle his new thirst for blood, pretty simple right? Without spoiling too much I can wholeheartedly say that this manga goes in a direction you would not expect. It has one of my favorite female characters, Yukiko Gosho, and art is both beautiful and devastating at times. You can feel the sense of terror from characters as they deal with horrors unknown, not always in the supernatural sense.

Sitting at number six is the anime Vampire Princess Miyu. If you’re looking for something old school and extra obscure I would highly recommend this one. Created by Narumi Kakinouchi and Toshiki Hirano Vampire Princess Miyu is one of those anime that I figured was a fever dream from when I was a child. It’s about Miyu, an immortal guardian of the human world whose fate is to protect Japan from evil Shinma while being half Shinma herself. There are a lot of creative demon character designs. There is usually some sort of lesson learned by humans, usually at the expense of someone else. It is an older one but it has so much charm in the music and animation that you almost forget.

Parasyte: The Maxim sits at number five and centers around Shinichi Izumi, just another high school student until suddenly his right hand is taken hostage by a parasitic alien. From there he faces many situations that raise questions about humanity and survival. It has some of the most interesting interpretations of body horror I’ve seen in recent anime and the only problem I have with it is that it lags a little bit in the middle. The side characters are interesting, despite some of them lacking in depth but overall this series is solid.

Dorohedoro is at number four. I started reading Dorohedoro about two years ago and was instantly captivated. The setting of the “Hole” is gruesome and gritty and somehow hilarious because there are little details like “I Love Hole” t-shirts, when in fact no one loves the Hole. The mystery of Kaiman’s curse, seemingly the reason for his lizard head, is just so interesting that you can’t help getting drawn into the plot. The gore combined with the frankly, great cast of characters, cements its high position on the list. The anime is a short twelve episodes that manage to capture the same goofy yet sinister atmosphere that Q Hayashida demonstrated in the manga.

I placed the manga Apocalypse no Toride at number three. I’m tempted to just describe this as a zombie prison break and leave it at that but I feel that doesn’t do the series enough justice. It’s about four young men who have to survive a zombie apocalypse while trapped in a juvenile detention center. Some of the zombie character designs were legitimately terrifying and not cheesy or stereotypical. I really recommend this one if you’re looking for a good zombie manga.

I knew that I had to get at least one psychological thriller in and I knew Perfect Blue was the perfect option for number two. If you’ve never watched Perfect Blue go, go watch it right now. It’s an insanely well written and animated movie about the mental deterioration of Mima Kirigoe, an idol trying to break out into the acting world as she begins to slowly fall into psychosis due to multiple factors. She is pressured into changing from her image as a “good girl” idol to that of a mature actress, which in turn angers her fans, creating a disgruntled and violent stalker. There are some troubling scenes that reflect just how horrendous the industry can be, especially to young women.

Shiki lands at number one on my list. Shiki was originally a novel written by Fuyumi Ono until it was adapted into an anime and manga. The story focuses on Natsuno Yuuki who hates the small country town that he moves to at the behest of his parents. Strange things start occurring when a new mysterious family moves into the glamorous Western-style house on the outskirts of town.

Soon townsfolk are found dead from mysterious causes but in reality, they have been killed by Shiki, vampire-like creatures that stalk the innocent. Shiki secured the top spot because it really has it all, psychological breakdowns, terrifying supernatural creatures, amazing art, great music (in the anime), and a plot that keeps on giving. There’s a little fanservice here and there but not enough to turn me off from the series as a whole. If you’re looking for something to binge for the next couple of days I recommend Shiki.