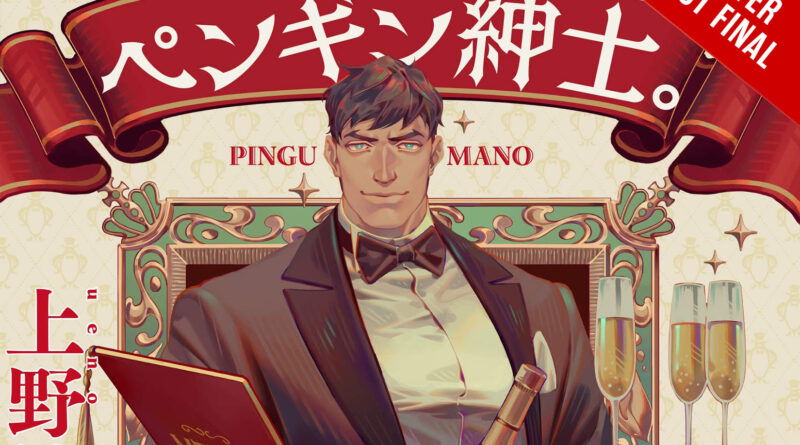 Yen Press, LLC has announced an all-new slate of upcoming titles during the Yen Press Industry Panel that was a part of the Virtual Crunchyroll Expo. Acquisitions include the manga, Do You Like the Nerdy Nurse?, Love and Heart, Days on Fes, The Girl Without a Face, I Can’t Reach You, Play it Cool, Guys and Penguin Gentlemen and the light novels, Virgin Road and Date A Live. All announced titles are scheduled for a February 2021 print and digital release.

Do You Like the Nerdy Nurse? – Story and Art by Arata Kawabata

The beauty in the nurse’s office is a secret nerd (who doesn’t hide it very well). Nijiko Momoyama is the the newly appointed school nurse. But beneath her gorgeous façade lies an unmistakable love for all things geeky…!

Love and Heart – Story and Art by Chitose Kaido

Sure, university freshman Yagisawa has a lot on her plate, but the last thing she expected to add was a surprise male roommate! Handsome Haruma claims to be a childhood friend, but for some reason, Yagisawa doesn’t remember him at all, and his history isn’t the only oddity—disturbing things begin to happen and Yagisawa may really be in over her head!

Love and Heart is a manga series that falls under the category of shojo horror, a subgenre that has rarely made its way to English. With horror manga enjoying immense popularity in today’s market, Love and Heart is sure to appeal to fans looking for a unique new release.

Days on Fes – Story and Art by Kanato Oka

When high schooler Kanade Sora takes her classmate Otoha Yamana to their first rock festival, the experience is greater than they can even imagine. It’s a new life of rocking out!

Already part of the niche genre of music manga, Days on Fes stands out even more by being one of the only manga series released in English that pertains to the music festival experience. With fun characters and beautiful imagery that accurately captures the feeling of attending a music festival, this manga is a welcome addition to fans of slice-of-life manga as well as passionate fans of live music.

The Girl Without a Face – Story and Art by Tearontaron

Her boyfriend thinks she’s the cutest girl around, but her expressions can be a bit hard to read…

I Can’t Reach You – Story and Art by Mika

The differences between Yamato and Kakeru couldn’t be more obvious. Yamato gets good grades, while Kakeru’s are less than average. And while Yamato is very attractive, Kakeru’s looks are perfectly average. Not a problem—unless you’re in love with your childhood best friend…How in the world can Kakeru make Yamato look at him when Yamato is completely out of his league?!

I Can’t Reach You is a sweet boys’ love series, one that tells the tale of a budding romance between two friends with a well paced slice-of-life story. This manga is a welcome release to fans of boys’ love stories that focus on friendship and emotion.

Play it Cool, Guys – Story and Art by Kokone Nata

Enter: a bunch of cool guys who look like they got that unapproachable swag. But let’s be real—that’s not the true them. They’re just a bunch of dorks who’ve got the act down pat. So sit back, grab some popcorn and enjoy watching a bunch of goofy guys try to look cool all day every day.

Play it Cool, Guys is a fun collection of stories featuring guys that are equal parts cool and equal parts adorably awkward. This manga featuring hilarious and relatable stories is not only beautifully illustrated—it is fully colored!

The Lost Ones are wanderers who come here from a distant world known as “Japan.” No one knows how or why they leave their homes. The only thing that is certain is that they bring disaster and calamity. The duty of exterminating them without remorse falls to Menou, a young Executioner. When she meets Akari, it seems like just another job…until she discovers it’s impossible to kill this girl! And when Menou begins to search for a way to defeat this immortality, Akari is more than happy to tag along! So begins a journey that will change Menou forever…

Date A Live – Story by Koushi Tachibana – Illustrations by Tsunako

Shidou Itsuka has a problem. The world has been racked by massive quakes of an unknown source for years now, though life goes on. Then one day, Shidou’s calm life ends forever when in the middle of a quake in his city, he meets a girl  who’s apparently a spirit-and the cause of all the destruction! When a team arrives to eliminate the threat, Shidou becomes embroiled in a war to protect these spirits-by making them fall in love with him?!

Date A Live is the highly-anticipated light novel series that inspired the popular anime adaptation—one that has had three successful seasons since 2013. As one of the most fan-requested light novel series, Date A Liveis sure to become a best-seller upon release, especially due to the excitement from the recently announced Season 4 of the anime.