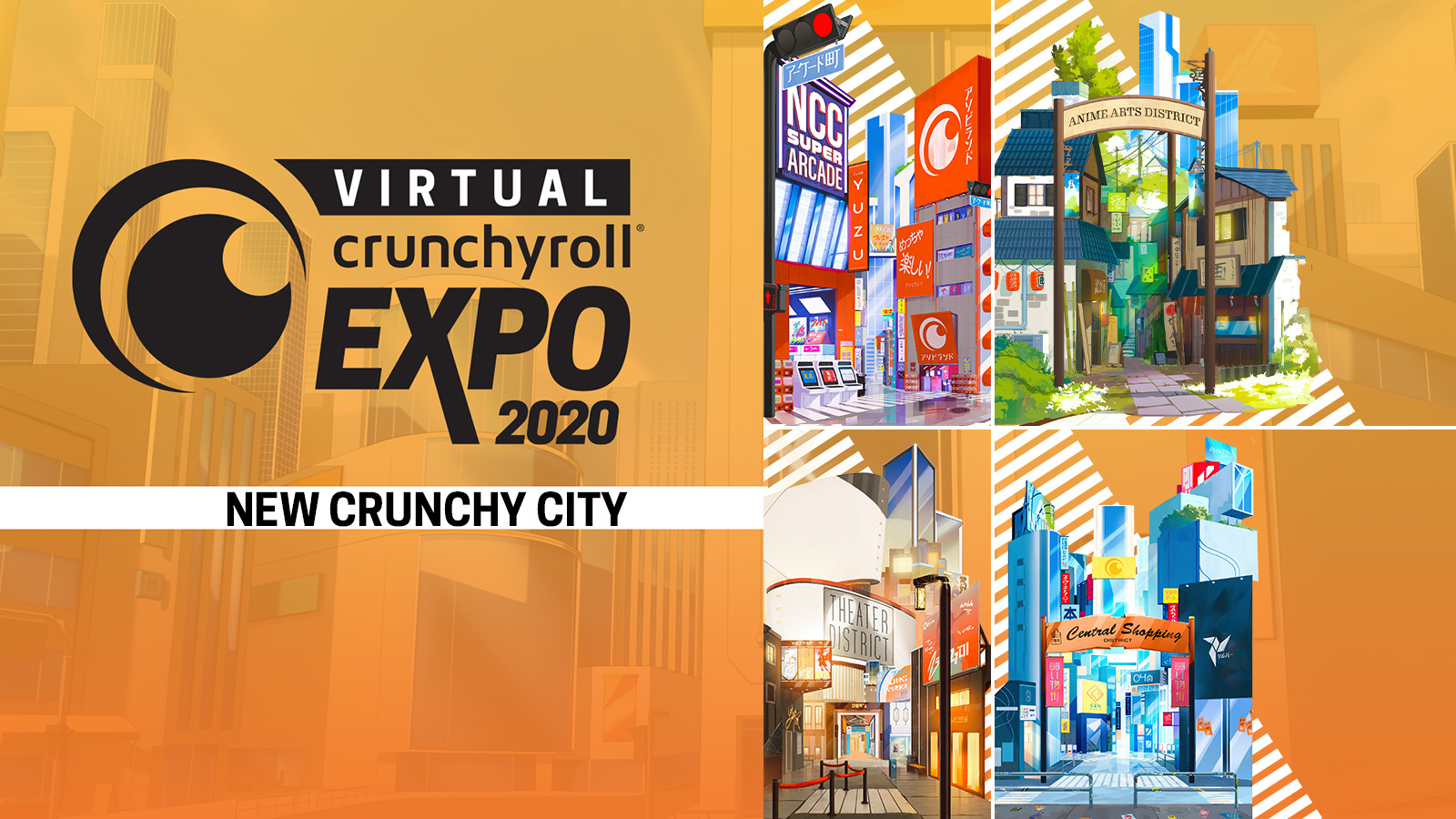 With only a little over two weeks left, Crunchyroll is announcing yet another wave of guests, panels, additional districts, and exciting fan activations at Virtual Crunchyroll Expo this year.

Fans will experience Virtual Crunchyroll Expo through New Crunchy City. The online platform will provide distinct destinations similar to what fans are used to seeing at conventions: panel, premieres, and screenings in the Theater District; fan activations and activities in the Super Arcade; artist alley where fans can purchase directly from each artist’s store in the Anime Arts District; and an exhibitor hall in the Central Shopping District.

The Crunchyroll Theater District will host premieres, panels, screenings, and some very special guests across four virtual stages including:

The complete schedule for Virtual Crunchyroll Expo can be found here.

Fans can look forward to the New Crunchy City Super Arcade that will be home to content like the “Onyx Equinox” scavenger hunt, Yuzu Cat Café, exclusive art galleries, and more! The full list of activities coming to the Super Arcade include:

Fans can experience Virtual Crunchyroll Expo all weekend starting at 10 AM PT on Friday, September 4 until Sunday, September 6 at 10:00 PM PT. The live content will be uploaded to the V-CRX On-Demand section periodically throughout the weekend to ensure fans don’t miss anything.

Registration for V-CRX is open at crunchyrollexpo.com. The global anime community is encouraged to sign up for a free pass for this year’s event to catch all the action, announcements, guest panels, and more.