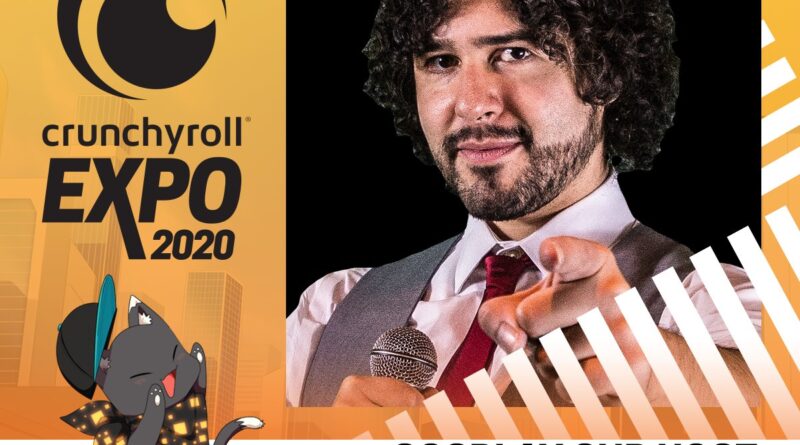 What inspired you to become a cosplayer?

Glad you asked! I come from a background of interest (and training for a career) in the performing arts, so one of my favorite things was ALWAYS wearing character costumes to “become” the role beyond just the performance. Despite having had the occasional superhero “dress up” sets and the like as a kid, when I got into anime as a teen and discovered cosplay culture, I was enamored with the idea of having more than just one day a year to publicly express my love of my fandoms through cosplay outside of a “professional acting role”…which would expand beyond just anime since I’ve also been big into video gaming, sci-fi, and superheroes!

(A relevant aside, one of the pinnacles of this expression would be the UD Replicas-made Dark Knight Rises Batsuit I owned for a few years…I would get to use it not just for awesome photoshoots with friends, paid character performer gigs, and web videos that went so far as to have moments that you can ACTUALLY find as searchable .gifs, but a set of LA-based charity events that legitimately brought joy and hope to children and their families experiencing tough times in 2013 and 2014. As a lifelong Batman fan, this last one in particular meant so much to me and all those experiences I alluded to are some that I’ll treasure forever.)

Anyway, because this all happened in The Time Before Mainstream Social Media and YouTube™, the competitive masquerade scene basically provided me a free stage with essential tech and a guaranteed audience all covered to put on short-form performances…which ANY aspiring content creator even today will tell you is basically a dream come true, so I was hooked immediately!

I also need to stress that while I was gung-ho about competition at this time, my ACTUAL end goal was never to rack up awards for personal gratification/bragging rights/ego stroking/etc., but to earn enough tangible accolades/recognition to provably earn the trust and opportunities to be allowed to do things like live vocal performances and more expansive/ambitious exhibitions that would have been impossible to arrange otherwise…and which paid off over time, culminating in a pair of halftime exhibitions that served as my last two “official” cosplay performances at the 2010 and 2011 New York Comic Con/Anime Fest. (”Scott Pilgrim vs Comic Con” and “Trial of the Century” if you want to look them up!)

…TL;DR, I like wearing cool outfits and performing, and cosplay let me do both of those in a fairly manageable way almost impossible outside the convention scene that would lead to some of the most exciting people in (and experiences of) my life, haha!

Do you create your cosplay costumes from scratch or use a combination of purchased costume parts and your own stitching?

Oh man…there was a time in the early years that I was embarrassed to admit this, but between the change in the culture here in America as well as the expanded enthusiasm for/understanding of cosplay, I’m now extra comfortable saying that I’ve always lacked actual craftsmanship skill in this regard. My real “equalizer” was being of a performance background with skills as a video producer/editor, so I was able to pick up the slack by “crafting” stage performances with my teammates and “stitching together” sequences on my computer for backdrops/other visual elements, hahaha.

That said, I’ve relied on either found/purchased items and the kindness of friends (as well as friends/folks I was happy to commission). However, because of the time spent collecting materials, helping with the process wherever I could, and generally accompanying friends as they handled all these tasks for their own projects, I definitely learned a few things that helped me greatly appreciate the artistry that goes into the creation of a costume in ways that have helped me feel comfortable discussing certain intricacies when I’ve had to judge for more than performance.

Any advice for up and coming cosplayers and individuals who are looking to become cosplayers but haven’t taken that leap of faith due to a long list of criticism they might face?

Echoing thoughts I’ll be sharing at the top of Hime’s Cosplay Cup, cosplay is for everyone! If the best you can do is whip up something from your closet (as I certainly had to at the literal beginning of my cosplay journey), don’t be afraid to do it and get yourself out there! The community is more supportive than ever these days, and frankly, anyone criticizing you outright is prooobably not someone you want to associate with in the first place, hahah.

At very least, you may end up striking up conversations with people who will appreciate screaming about a fandom with you for a moment (which is really a joy in itself), and at very most, you might meet friends/collaborators/etc. for life! Either way, don’t be shy to take that first step and the rest will come!

Mario Bueno & Vampy Bit Me will appear as judges at Crunchyroll Hime’s Cosplay Cup. Happening tomorrow, Saturday, September 5 from 7:00-9:00 PM PT / 10:00-12:00 ET at the Crunchyroll Stage. It’s going to be a showcase of fandom creations judged by performance, construction, and innovation like no other.