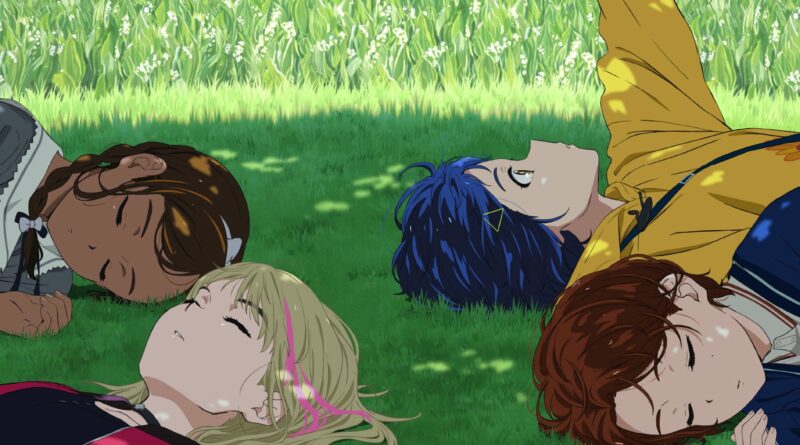 
I made sure I watched no trailers for Wonder Egg but my original assumption that it was a deceptively cute anime like Madoka was spot on. I do wonder though if it can live up to its predecessor.

Ai Ohto is a fourteen-year-old shut in with heterochromia. She’s given the chance to make a friend when she’s given an egg, with a serial number on it, by a talking lighting bug. Explaining this to my sister who doesn’t watch anime was fun. We learn that Ai was bullied for her heterochromia and the catalyst for her recent isolation is the suicide of her best friend, Koito, the one girl that reached out to Ai. We see them become friends in a flashback but Koito’s death feels shallow when all we see are a few moments of them bonding and then a tasteless shot of Koito’s body. Ai’s sense of guilt becomes more obvious as the episode continues.

Kurumi Saijo hatches out of the egg that Ai finally breaks after entering a strange dream world. In this world, there’s a girl with a blurry face, butcher knife, and creatures called Seeno Evil that chase after Kurumi. The episode begins to feel rushed and almost incomprehensible as they give little to no explanation as to what is going on. There was a bit more violence than I expected, Kurumi and Ai both get hurt, and while Ai is “immortal as long as her heart and eyes don’t get hurt” she does sustain her injuries in real life-giving actual consequences.

Eventually, she learns that if she saves enough people trapped in these dream worlds like Kurumi that she will be able to save Koito. But it’s all based on Ai’s assumption that she can save Koito, the bugs that introduce themselves as Acca and Ura-Acca, never explicitly say that she can save her friend. The episode ends with Ai watching another girl as she buys several eggs out of a gashapon-like machine, revealing that there are other people who are in the same situation as she is.

The animation and art style while not new or anything was pretty and that was a highlight for me. What it boils down to though is that this first episode felt predictable and rushed, yet somehow confusing. I’m all for weird anime that at its core is trying to tell its audience some kind of message Wonder Egg however seems a bit convoluted for now. Maybe introducing more characters and watching Ai interact with them and the environment will give this show more depth. I won’t write it off now since that was only the first episode but I hope it gets better.