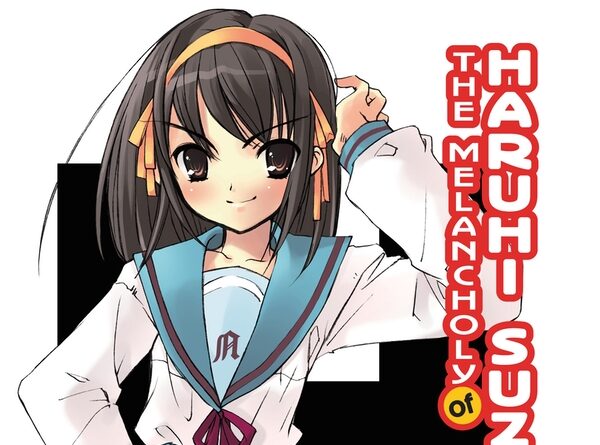 The Intuition of Haruhi Suzumiya is written by Nagaru Tanigawa, illustrated by Noizi Ito, and will be translated by Andrew Cunningham.

Yen Press also announced today that previous volumes of The Melancholy of Haruhi Suzumiya light novels will receive new printings, rebranding the series under their Yen On light novel imprint. Further details, including the format and release dates of the new printings, will be forthcoming.

With the first volume released in 2009 in a co-publishing agreement between Yen Press and Little, Brown Books for Young Readers, The Melancholy of Haruhi Suzumiya light novel franchise was a precursor to the expansive selection of light novels available in the English language market today, helping to pave the way for that explosive growth.

Adaptations of The Melancholy of Haruhi Suzumiya include an anime that was initially released by Bandai Entertainment in 2007 and several manga series released by Yen Press, the first of which began publication in 2008. The Melancholy of Haruhi Suzumiya has stood out as one of the most iconic properties in the light novel, manga and anime space for more than a decade.

For more exclusive interviews, anime reviews, news, trailers, and updates make sure to keep it locked right here at The Nerdy Basement. While you’re here check out our exclusive interviews with the English Dub cast of The God of High School, Johnny Yong Bosch and Jeannie Tirado,and consider supporting us on Patreon.