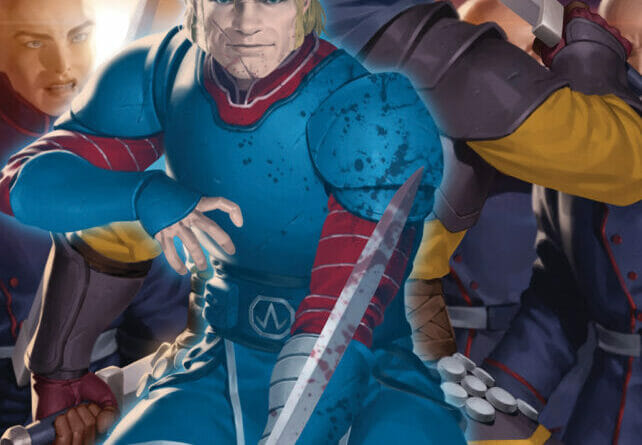 Dune: The Waters of Kanly #3 Preview

In the penultimate issue of the exciting expansion to the lore of Dune, Gurney and the smugglers have the opportunity to deal a crucial blow to their bitter enemies. The problem is, will they be able to escape or will they have to face the deadly consequences of failure?

Created by visionary writer Frank Herbert, Dune debuted in 1965, has sold millions of copies, and is arguably the most admired science fiction novel of all time. After winning the Hugo Award and inaugural Nebula Award, Dune inspired a best-selling novel series and led to multiple live-action adaptations, including the upcoming feature film from Legendary Pictures. The influence of Dune extends well beyond the world of entertainment, with an incalculable influence on modern scientific thinking about politics, religion, outer space, environmentalism, and more.

DUNE: THE WATERS OF KANLY #3 features main and variant cover art by famed illustrator Christian Ward (Something is Killing the Children) and variant covers by artists Junggeun Yoon (Magic) and Andrea Sorrentino (Avengers).

DUNE: THE WATERS OF KANLY #3 will be available on July 13, 2022, at local comic book shops (use comicshoplocator.com to find the one nearest you), or at the BOOM! Studios webstore. Digital copies can be purchased from content providers like comiXology, iBooks, Google Play, and Kindle.