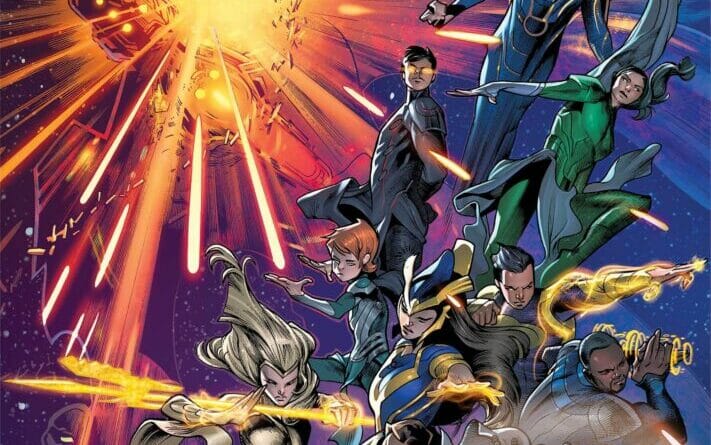 
Pick up the Eternals #7 MCU Variant Covers this November!

The fascinating mythology behind the Eternals is being explored like never before in the pages of writer Kieron Gillen and artist Esad Ribić’s critically acclaimed comic book run on ETERNALS! And just in time for the upcoming film, the comic book series will kick off a brand-new arc in November’s ETERNALS #7. To celebrate the visionary film, Marvel is proud to present two MCU VARIANT COVERS for this exciting issue that will showcase artwork inspired by the upcoming film. Crafted by all-star artists Clayton Henry and Alexander Lozano, these gorgeous covers depict Sersi, Ikaris, Thena, and more as they were reimagined for their live-action debut.

The Eternals are looking to become a very integral part of the MCU as the events of the film will serve as a prequel to the entirety of the MCU, while also providing viewers with insight into The Eternals whereabouts during the events of Marvel Studios’ Infinity Saga and what is causing The Eternals to reappear now. The film will also feature the full live-action debut of the Celestials, the beings who created The Eternals, and the villainous Deviants.

See both covers below and be there when these immortal superheroes walk the earth once more this November!