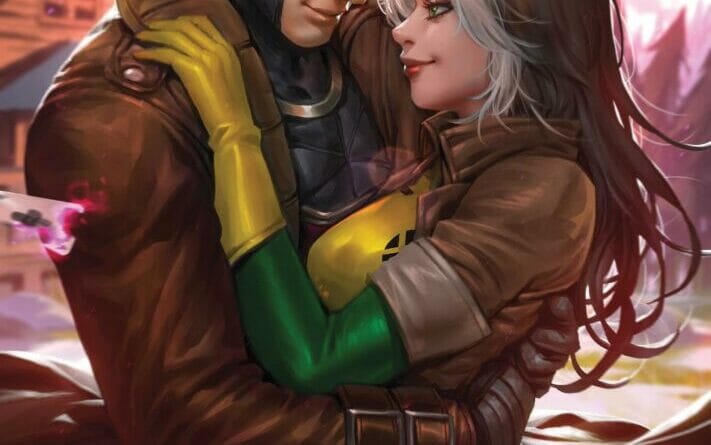 Fortnite x Marvel: Zero War #3: The Hunt For The Zero Shared Rages On

Fortnite and Marvel heroes are currently fighting alongside each other to save both their universes from total annihilation in the pages of FORTNITE X ZERO WAR, a new limited comic series written by Christos Gage and Epic Games’ Chief Creative Officer Donald Mustard and drawn by artist Sergio Davíla. Fans who witnessed last month’s explosive debut issue and are gearing up for the second issue next week can now check out all six covers of FORTNITE X MARVEL: ZERO WAR #3, on sale August 17!

FORTNITE X MARVEL: ZERO WAR #3 will see the hunt for the Zero Shard continue into the Savage Land. Artists Francis Leinil Yu, Peach Momoko, and Ron Lim have brought the upcoming battle to life while artists Frank Cho and Carlos Pacheco depict exciting new Fortnite team-ups with Storm, Hawkeye, and more! Plus, Derrick Chew delivers a romantic piece of one of Marvel’s most iconic couples, Rogue and Gambit, who debuted on the Fortnite Island earlier this year!

Here are the in-game items Marvel and Fortnite fans can look forward to unlocking in the coming months:

·       Plus any fan who redeems all five codes (physical copies only) will receive a new bonus FORTNITE X MARVEL: ZERO WAR Outfit!

Check out all FORTNITE X MARVEL: ZERO WAR #3 covers now and pick up this action-packed issue when it arrives on August 17.