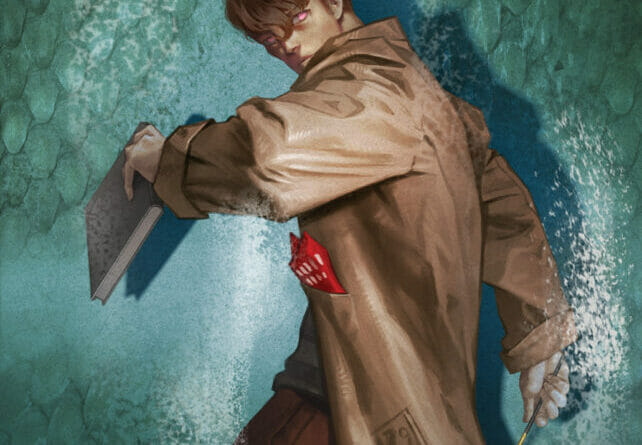 BOOM! Studios today revealed a first look at HOUSE OF SLAUGHTER #7, the next issue in the new ongoing original series set in the world of the Eisner Award-nominated Something is Killing the Children, written by Something is Killing the Children co-creator James Tynion IV (The Department of Truth, The Nice House on the Lake) and co-writer Sam Johns (Punchline, The Joker), with art by rising star artist Letizia Cadonici and co-creator Werther Dell’Edera (Razorblades), colorist Francesco Segala (Firefly), and letterer AndWorld Design (The Many Deaths of Laila Starr), the continuation of the story about a Scarlet Mask who steps up to a terrifying task, available in July 2022.

After his shocking discovery of what is actually lurking in the lake, Edwin is faced with a choice that will change his life forever: wait for a Black Mask to arrive and risk losing the monster, or take on the creature himself… Discover Edwin’s story and dive even deeper into the expanding world of Something is Killing the Children with the SCARLET arc of House of Slaughter!

Fans can also collect a special Bodybag variant cover by internationally renowned artist Shintaro Kago (Dementia 21) that will be polybagged and not publicly previewed. Each Bodybag variant cover will be limited to its initial print run and will not be reprinted or collected in any subsequent formats.

Print copies of HOUSE OF SLAUGHTER #7 will be available for sale on July 27, 2022, exclusively at local comic book shops (use comicshoplocator.com to find the nearest one) or at the BOOM! Studios webstore. Digital copies can be purchased from content providers, including ComiXology, iBooks, Google Play, and Kindle. Readers can purchase HOUSE OF SLAUGHTER VOL 1, collecting the first five issues, wherever books are sold.