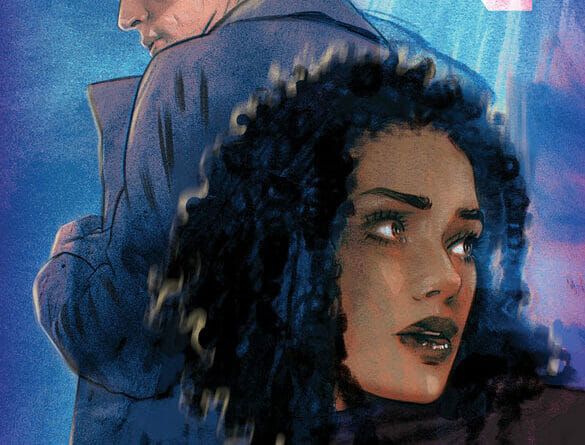 In Newburn, readers meet Easton Newburn, a private detective without loyalties investigating conflicts between rival crime factions while collecting enemies along the way. In this debut issue, a man is murdered after stealing from his own mafia family, but they aren’t the ones who ordered the hit…

“I love the satisfaction that comes from crime procedurals, so the chance to do that in comic form, while crafting a massive story about a fictional New York underworld, was something I couldn’t wait to do,” said Zdarsky in an exclusive on the announcement at Comic Book Resources. “And Jacob is the perfect artist for the book! His work is gritty and full of heart and he’s bringing it all to this book.”

Newburn is the perfect crime series for fans of Ed Brubaker and Sean Phillips’ Criminal and classic Raymond Chandler books. The series is perhaps best described as Sherlock meets The Wire.

Phillips added: “Newburn brings something fresh to crime comics that I’ve not seen before. Chip’s at the top of his game crafting these tight done-in-one stories which have been great fun to draw and even more fun to read. I can’t wait for people to see what we’ve been cooking up!”

The debut issue will also include a riveting backup story called, “Brooklyn Zirconia,” by rising stars Nadia Shammas and Ziyed Yusuf Ayoub and feature a cover B by critically acclaimed artist Tula Lotay.

Newburn #1 will be available at comic book shops on Wednesday, November 3:

Newburn #1 will also be available for purchase across many digital platforms, including Amazon Kindle, Apple Books, comiXology, and Google Play.