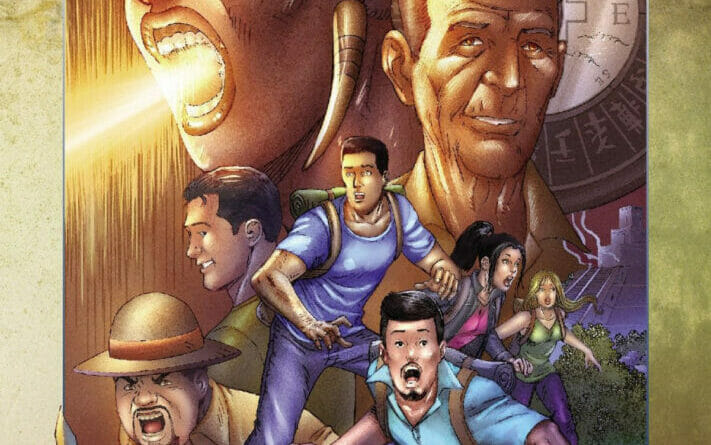 
Writer Omar Mora will publish their second graphic novel Ancient Explorers: The Lost City of Peru through his company Moras Productions. The hybrid book was released yesterday, July 20th at San Diego International Comic Con. Moras Productions will be part of the exhibitors at SDCC and will be located in the small press area at table M-05.

“I’m so proud of this book. Ancient Explorers is a novel that I always wanted to produce as a comic book. When the pandemic hit, well the economy hit as well and I wasn’t sure if the finances will be in place to do the full graphic novel. So we decided to do it as a hybrid. And I’m happy I did it that way. If you don’t read the comic book pages within the novel, you’ll get lost, the comic pages are not just illustrations, they’re part of the story. And I think that makes it very interesting and cool. It’s such a fun and entertaining story” Mora said.

Omar Mora is an actor, and writer-producer who recently worked on the movie Inside The Circle, his last published comic book was The Unearthians which was top 10 indie comic book at Los Angeles Comic Con in 2019. The Unearthians is being developed for a television series.

Ancient Explorers: The Lost City of Peru is a novel – comic book hybrid that features an adventure-action sci-fi narrative in which two best friends together with two archaeologists discover that the ancient map and compass they have are artifacts with hidden clues to discover the lost city of Peru: Paititi.

As they discovered this, something put their lives in danger, a danger that drives our adventurous friends to follow what they were meant to do in life — to become what Mark’s Grandpa taught them when they were kids: explorers of the ancients.  It is then that Luis, Mark, Jennifer, and Sandy begin their journey into the unknown, a magical and adventurous journey to discover the Lost City of Peru, a journey that will change their lives forever.

San Diego International Comic-Con will be held at the San Diego Convention Center from July 20th to the 24th.

Ancient Explorers will be released digitally through Amazon-KINDLE. The book is written by Omar Mora with additional writing by Jim Higgins. The art was helmed by Miguel Guzman, Colors & Letters by Edwin Estrada, Proofread by Shannon Mier, and designed by Phil Smith.