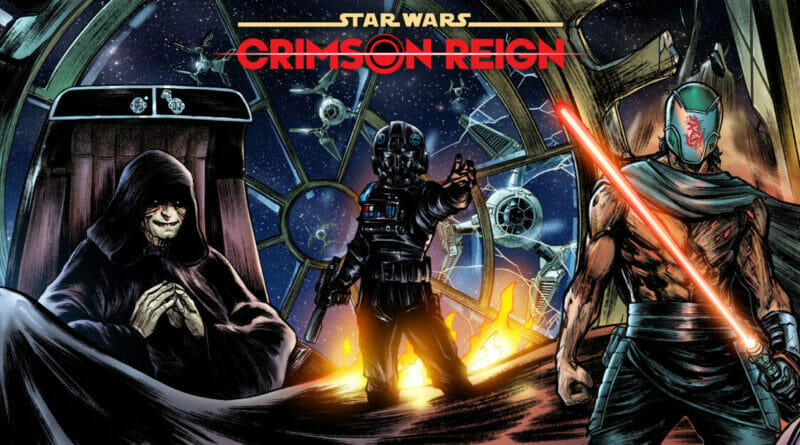 This December, writer Charles Soule and artist Steven Cummings will team up for Star Wars: Crimson Reign; an all-new saga that will have major repercussions on the Star Wars universe. Announced last month, this five-issue limited series will be the second installment in the trilogy that began in this year’s WAR OF THE BOUNTY HUNTERS crossover.

The series promises to shed even more light on the untold history of the Star Wars galaxy during the Age of Rebellion and will feature the return of beloved characters, shocking twists, epic feats of the Force, and a story that will reach from Star Wars‘ darkest underworld all the way to the Imperial Palace on Coruscant. Fans can get a new glimpse at what’s to come in artist Ario Anindito’s new connecting cover. Adorning the covers of all five issues, the stunning piece spotlights some of the major players involved in the upcoming epic, including Qi’ra, the fan-favorite crime leader from Solo: A Star Wars Story who’s set to make a major impact on this current era.

AFTER THE DAWN… COMES THE REIGN! Be there for a Star Wars saga like no other when STAR WARS: CRIMSON REIGN #1 hits stands in December!