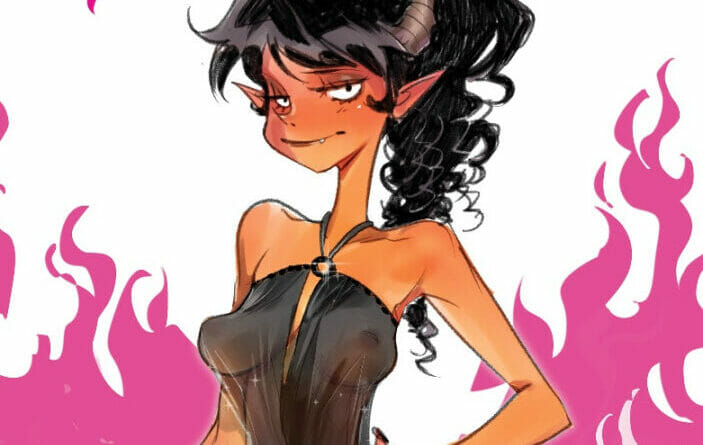 Mirka Andolfo’s Sweet Paprika #2 has sold out immediately, upon release, at the distributor level and is being rushed back to print in order to keep up with demand.

“I’m impressed by the enthusiasm people are showing for Sweet Paprika! When issue one sold out, I was surprised and happy, but now, well, I honestly didn’t expect it at all,” said Andolfo. “Once again, I can just say ‘thank you!’ and I can’t wait for people to have the chance to read the next issue, to follow the hilarious and sexy Paprika’s (mis)adventures!”

The highly anticipated Sweet Paprika became an instant bestseller when issue #1 sold out at the distributor level upon release and became the highest launch to date of any of Andolfo’s creator-owned series. Orders on the title exceed those of the much buzzed about Mercy #1 and Unnatural #1 and the 12-issue series is planned as part of a cross-media project alongside animation from Grey Ladder Productions, Arancia Studio, and Wild Sheep Content, with Director Gabriele Pennacchioli (Emmy Award winner in 2019 for Love, Death & Robots).

In Sweet Paprika #2, Paprika finds herself in a difficult situation when her father’s illness and the complex work situation that awaits her both compete for her attention. And the only kind of business she’s not really able to handle: a dinner where being dynamic, kind, and relaxed is just as important as being competent. But there is also another reason why the young and skilled professional is in trouble: she doesn’t want to see one of the guests again…

Sweet Paprika is perhaps best described as Bridget Jones’s Diary meets Sex and the City, with a pinch of The Devil Wears Prada, and provides readers with a sultry, romantic romp.

Sweet Paprika #3 will be available at comic book shops on Wednesday, September 22: