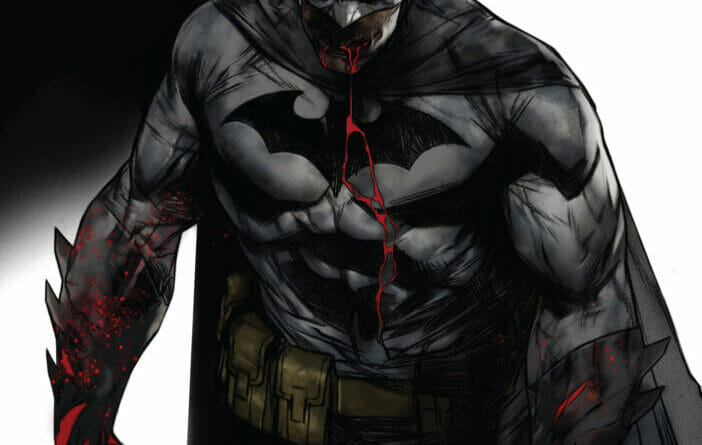 *spoilers for Batman: Killing Time below*

Batman: Killing Time #6 is the final issue of the DC Comics run by Tom King and David Marquez. At the beginning of the series, I had such high hopes but as it went on—more so the back half of the run—the stakes felt forced, and the story structure dissolved. A quick recap before I dive into a review.

At the end of the last issue, we found out that the story had been narrated by Clock King the entire time. Now that I think of it, a plethora of clues pointed to this information but I haven’t read or viewed much content containing him as a villain so I don’t feel too much of a fool for not realizing it earlier. Tockman’s precise narrations continue in the final issue.

As we enter the first few pages, we become privy to the fact Riddler and Catwoman were working with Clock King from the beginning. This surprised me. The closing of Issue #5 made me think he had superseded them but, nonetheless, an interesting turn of events. The ensuing pages show how Clock King ensured everything went to plan

After the organized massacre in the park, we see Batman saving government officials from an exploding helicopter, Riddler shooting Espinoza (who comes back with a speech deformity only speaking curse words), Batman resuscitating those from the bloodshed, and then a bit of explanation about where the Eye of God ended up: in a pawn shop being purchased by Vera Angleton, a nice little round out from the first issue with Killer Croc.

In the closing pages, Batman finds Tockman in Greece. Clock King waffles on about the Greek play, destiny, being punished for one’s wrongdoings and, like the readers who join him, Batman becomes irritated and knocks the snot out of Tockman. Thank goodness!

Now, I’m sure you’re probably wondering why I haven’t included what happened in the end. As in the culmination of the entire heist, ensuing chase, and park battle. The truth is, it’s nothing. Tockman did it because he could. He enjoyed the chase more than the prize. I can appreciate that but it fell flat. The ending left me feeling unsatisfied. In saying that, there are some highlights and I can see the hint drops throughout the series but overall, I felt… let down.

The art by Marquez, as always, is fantastic. Some of my favorite pieces in this issue was a big wallop of a kick from Catwoman that sent the blood of The Help splattering across the panel. Another was the half-page spread of Batman escaping the helicopter with two guards under his arm, and then close-up shots of him unleashing gas pellets—pure Batman.

Overall, a story with huge heist potential that dipped towards the end. If there’s one thing I learned after reading this issue, it’s that I want the skill of knowing when to get every green light on my commute.