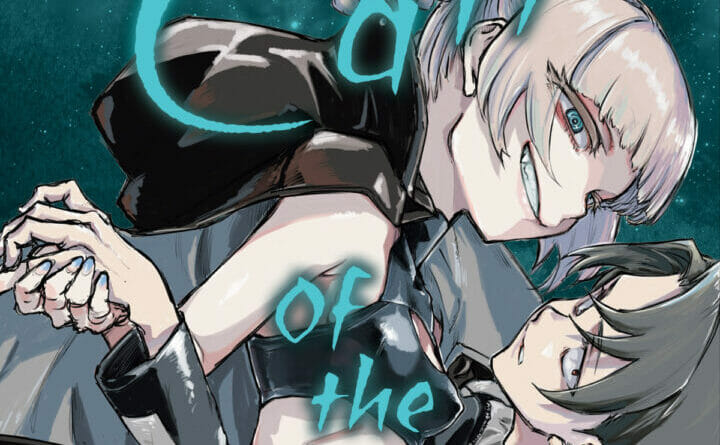 
Call of the Night Vol. 1, what are you willing to do for love and the chance to become a vampire?

Call of the Night Vol. 1 written and illustrated by Kotoyama is the latest manga released under Viz Media’s Shonen Sunday imprint and the story follows a young boy named Ko who has developed insomnia and his solo late-night adventures until he crosses paths with a female vampire named Nazuna. Ko is a struggling Junior High School student and what he’s struggled most has been with the social aspects of life, like making friends and dating girls, and dealing with his newly developed insomnia.

As we all do in today’s world, instead of seeking actual help for what we are dealing with. Ko tries to find solutions online to help with him his insomnia only to realize that many people deal with their issues with heavy intakes of alcohol. Since this isn’t an option for Ko he tries to cope with late-night strolls around his city until he runs into a young girl who turns out to be the aforementioned vampire Nazuna.

Nazuna shows Ko around the city and eventually invites him over to her “apartment”. Nazuna cannot resist her urge to get a taste of Ko’s human blood, and when she does she finds him to be quite the delicacy. Realizing what has happened, Ko is in shock and immediately thinks he will turn into a vampire but he soon learns the rather calming, yet alarming reality of being a vampire and what it takes for a human to turn into a vampire after being bitten.

Nazuna debunks the Hollywood movie trope that all that needs to happen to a human in order to become a vampire is to be bitten by one. Instead, the human needs to be in love with the vampire he or she is bitten by in order to become one, otherwise, the human is just a source of food for the said vampire. After Ko learns this he urges Nazuna to turn him into a vampire and makes it his mission to make himself fall in love with her in order to make it happen. A task that’ll be much easier said than done.

As the next few nights progress, Nazuna and Ko build their friendship all while Ko keeps on failing to make himself fall in love with Nazuna. At the same time, Nazuna who is emotionally inept to a degree is almost turned off by human emotion and any sense of the word “love”. However, in their weird own way, they do form a sort of relationship with each other and that’s shown through a jealousy lens from both perspectives.

Additionally, Ko goes out of his way to find a better way for him and Nazuna to communicate. Seeing that a cell phone is not really an option for Nazuna, he goes out of his way to pick up these wearable walkie-talkie watches for him and Nazuna. We also learn about younger Ko and the story behind these walkie-talkie watches and how he had them as a kid and left one out in the open in hopes that someone would grab and reach out to him…it was his way of trying to make friends.

Enjoying each other’s presence they begin to start spending time with each other before she goes to school and before he goes home which starts cutting into his time with Nazuna. Nazuna takes notice and starts asking questions and eventually catches him hanging out with Akira.

Wanting to mark her territory, Nazuna takes a bite out of Ko in front of Akira and then storms off in a rage. Ko, Nazuna, and Akira eventually spend some time with each other but that all comes to a head when Nazuna expresses her distaste for the situation.

Nazuna the whole time has been trying to play off her relationship with Ko as purely physical because she wants to suppress the idea of having feelings towards someone. But when Ko reveals that they are more than a physical relationship, that they are indeed friends and wants to maintain that even though Akira is now in the picture, Nazuna graces him with a kiss to “solidify” their friendship.

At its core, this story is about a boy trying to fall in love with a vampire in order to become a vampire so he can cure his insomnia. But it’s deeper than that, the story shows that these two individuals who know nothing about love or falling in love with someone are learning about it and about each other as they go along.

We’ve only gotten a glimpse of some other obstacles that Ko and Nazuna will have to overcome as a potential couple and overall, this story was quite enjoyable. I’m interested in seeing how things unfold as the story continues to progress and to see what obstacles our MCs will have to overcome and how Akira ties into it all now that she and Ko have reconnected and has shown a deeper interest in him.

Call of the Night Vol. 1 is available now wherever books are sold.