Moon Knight: Black, White, and Blood offer another high-contrast, high-action anthology series for fans to sink their teeth into

Khonshu’s fist of vengeance is the latest of Marvel’s violent vigilantes to get his own stark black, white and blood-red anthology series. This high contrast series sees a myriad of Marvel’s finest creators has come to put their mark upon Marc Spector’s Moon Knight. Writer Jonathan Hickman and artist Chris Bachalo introduce readers to the all-new Moon Knight of the future in ‘Anubis Rex’. Murewa Ayodele and Dotun Akande team the cloaked avenger with the Amazing Spider-Man for a night of adventure in ‘So white. Yet, so dark.’. Marc Guggenheim and Jorge Fornés twist the norms of storytelling and present their Moon Knight tale ‘The End.’ as told in reverse.

Much like the other iterations of the Black, White, and Blood series, the book’s biggest flaw and strength is the fact that it’s an anthology series. If readers don’t like one of the stories, they have two more opportunities to find one they do enjoy. By the same token, readers may not like any of the stories within the book and then lack the motivation to purchase the second issue, leading to a dip in sales. However, the characters Marvel selects for these series have enough of a draw to attract fans and popular creators who want to work on them.

Although these stories are created within the parameters of only being depicted with a black, white, and red color scheme, these artists are still able to inject unique styles of coloring into their stories. Throughout their pieces, Bachalo and Fornés focus on flat colors to create a stark contrast, leading to the unique framing of characters and their movements throughout the panels. Deviating from this harsh coloring method, Akande opts to use softer shades of the three main colors.

Due to this lighter approach, Akande’s pages appear to have a greater focus on establishing a sense of environment and depth, rather than highlighting action. Unlike Bachalo and Fornés’ work, Akande blends the colors together to create a variety of shades and gradients. Akande works to unify the colors so each page feels like a dense piece of art, whereas Bachalo and Fornés use severe contrast to make the characters pop. None of these styles are superior or lesser than another. Akande’s style acts as a separator to allow readers to easily absorb each story as an individual experience.

Each short story maintains the trends readers can expect in modern Moon Knight comics, whilst allowing for each creator to put their own spin on them. Moon Knight is on a quest to fulfill the demands of Khonshu and/or conduct an investigation into the crimes against civilians of New York City as Mr. Knight. Due to the popularity of the creative team and the unique concept, many readers will be drawn to Hickman and Bachalo’s ‘Anubis Rex’. Although staunch with backstory, ‘Anubis Rex’ possesses the least amount of actual plot.

In the future, the Sun God Ra went on a rampage when he learned that all stars shall eventually die out. The world has been eroded. Moon Knight and the mysterious Priestess of Khonshu, Bunny, work to hunt down and destroy the scarabs held by Ra’s followers. Whilst enticing, Hickman and Bachalo’s ‘Anubis Rex’ acts as more of a prologue to this futuristic world rather than a typical three-act story structure. For readers that will take issue with this fact, both ‘So white. Yet, so dark.’ and ‘The End’.

Another issue readers may encounter with the book is the manner in which Guggenheim and Fornés have structured ‘The End.’. With this story being told in reverse, down to the panel, fans unaware of this formatting will likely have an uncomfortable initial reading experience; it will certainly be nothing that is going to make the book unreadable, just awkward at first.

‘The End.’ is the most modern of the stories, utilizing concepts introduced in the current Moon Knight line from Jed Mackay and Alessandro Cappuccio. This story sees a woman named Dayna William going to the Midnight Mission, recruiting Mr. Knight to escort her to the local courthouse to testify against Maggia Don Vincente Fortunato. Regardless of the swapped-around reading order, this tale offers a classic noir-style Moon Knight story.

Ultimately ‘So white. Yet, so dark.’ is the most traditional story of the bunch. In this tale, we see the brooding personality of Moon Knight be countered by the humor of the webhead. Within this story, Moon Knight and Spider-Man are moving to hunt down mobsters who are trafficking a crimson scarab. Moon Knight needs to secure this McGuffin before the gods are angered beyond talking down.

The combination of the volatile Moon Knight and the upbeat Spidey is always a treat to watch, allowing for fun character work and action pieces between the two street-level vigilantes. With the Moon Knight undergoing one of the biggest resurgences in Marvel, with his Disney+ series, this premiere issue works as a good point of entry for new fans and for old fans looking to see some even more wild stories surrounding the fist of vengeance.

Moon Knight: Black, White, and Blood offers another high-contrast, high-action anthology series for fans to sink their teeth into. The restriction on colors forces the artists to look for unique framing devices and blending methods to ensure the three-tone color makes each story pop that much more. As this book is an anthology, writers are given an opportunity to stretch the limits of Moon Knight’s character and the traditional scope of his stories. With these factors in mind, and as long as readers aren’t afraid of some blood and guts, this book is sure to make for a wild ride for the Moon Knight. 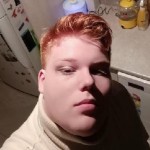