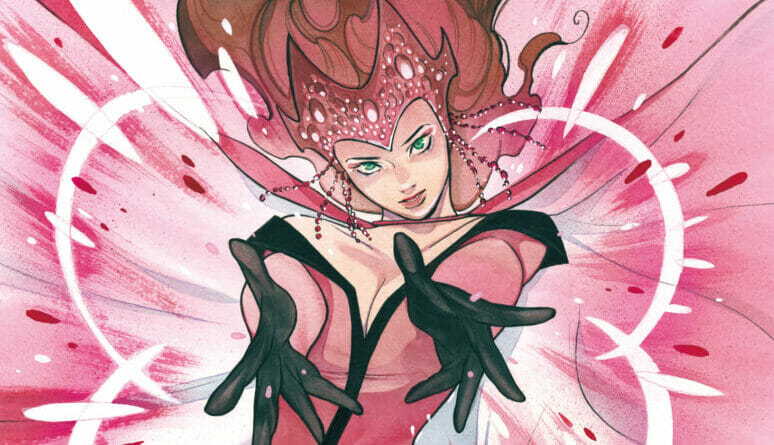 
The Women of Marvel feature the likes of Gamora, Peggy Carter, Misty Knight, and more showcasing why they are elite heroines. Let’s take a look at Marvel’s finest in action!

We see popular females heroes having a prominent presence. No matter what they are doing, they are leaving some memorable highlights; it is not just about saving the day for these ladies. We also see them capturing our attention with messages that are important in the real world. Without further ado, here are the many stories in this interesting story. We start with a one-page story. The character is Lady Deathstrike. She is in need of making her weapons look a bit more flashy. After she is done, she is figuring out how to get her keys.

Next, we have Peggy Carter as Captain America. Peggy Carter became Captain America after Steve Rogers was killed before he received the serum. She would then wield the shield to help out with World War II. In this story, she is finding a French Spy named Liliane. The Gestapo is after Liliane and Peggy Carter is tasked with bringing her back to the states.

Captain Carter is able to find her, but Liliane does not want to leave. They then hide out in a bar, where Peggy is warning her. Then, a couple of Nazi soldiers walk in. Soon after, the two women fight off the soldiers with more joining the fight. The bold heroes defeat the soldiers. Even the bartender is impressed with their takedown.

The women then step out and talk about Carter’s mission. Liliane declines her aid, feeling that she will be benched because of her disability. Peggy goes back to report what happened. However, she lies about Liliane to protect her. Carter even told the truth about Liliane being unstoppable. Then, in another one-page story, we have Emma Frost. She wakes up in her quarters at Krakoa. She is seeing which clothes need washing and drying. We then see her walking outside with nothing but style, as people stare.

After, Mystique and Stegron the Dinosaur Man work together. Stegron wants to have a spot in the Brotherhood of Evil, ran by Mystique. To prove himself, the pair will bring dinosaur bones back to life. They also attacked and captured two tour guides for a high school field trip. While the Dinosaur Man figures out the mechanics, Mystique masquerades as one of the guides.

She then spots her adopted daughter, Rogue. Then, we see the blue mutant playing the role of guide very well. This is done to give Stegron some more time. We then see Mystique giving some information about the T-Rex. She even calls Rogue to asks about the boy she was talking to. Suddenly, we see the dinosaur come back to life.

Yet, things to out bad for Mystique as Rogue knows it is her. Also, the T-Rex is now about to attack the young mutant. Mystique breaks the device the brought back the monster. This kills it and she stops Stegron. It looks like he will not be a part of the Brotherhood at all now. In yet another one-page story, we have Medusa. She is getting hair, along with some work. The hair is not cooperating and attack the barber. So, our hero decides to put her powerful hair in a bonnet.

For the sixth story, Misty Knight is a detective in Harlem. After police question a story owner about vandalism, Misty investigates. The pair see the tape of a drunk man attack a young lady. The evidence is taken to the police. However, police confirm that he was not behind the vandalism. Misty then goes around asking everyone for help finding the woman. She finds her whereabouts, but something happens.

The girl is pullout by a robot. Misty then punches it with her metal arm, dismantling it. We then find out that a mutant named Black Box is after Manisha, the young woman. Black Box is her father and he wants her for her DNA. She tried to running to New York to evade capture. Of course, that did not work, with more of the robots coming to get her. Misty’s arm is even hacked into and she cannot fight them.

Thankfully, Misty sends out a distress call to the Daughters of Liberty. Spider-Woman, Iron Patriot (Dr. Toni Ho), White Tiger, Mockingbird, Agent 13, The Dryad (Sharon Carter’s niece), and Echo come to the recuse. Following Misty’s story, we have She-Hulk fighting Rhino. Rhino is looking for an expensive artifact at a museum. This is so that he can pay off some debt to some villains. Anyways, She-Hulk recuses a girl thrown over a railing by Rhino. The villain runs off as the Green Giant tries to find him. The pair crash through an exhibit. Using a stolen map, Rhino gets to his destination.

He is about to gain the item but says his real name. He tries spearing her, but she is not fazed. I assume she reverts to Jennifer Walters. As she goes on about how he is responsible for the damages to the museum. With the fourth one-page story, we have Jean Grey. She is in quarters in Krakoa experimenting with plants.

Cyclops shows up and sees this. Even admiring her plant. Now, there is Marrow meeting her new roommate, Feral. The pair having the own quarters in Krakoa. Marrow is annoyed by the peepy Feral. This starts their fight. It gets so bad that it spills in the hallway. Fellow mutants are even watching it unfold. Hours later, a party for the young mutants is taking place.

Marrow and her friend, Iara are talking about Feral. Iara even brings up that Feral is a Morlock like Marrow. They then see Feral being picked on by two annoying blondes. Marrow makes the save and the two leave the party together. Once again, we have a single-page story. The Goddess of Death, Hela is waking up in the middle of the knight. She drinks warm milk but does not like it. She is on the internet, finding the reason why she cannot sleep. Then, uses her Asgardian Wolf, Fenris for extra comfort.

Finally, Gamora is slaying an ugly beast. As she does this she reflects on the loss of her team, mainly Peter. Both she and Rocket are left. The duo works together to save children that have been trafficked. They end up on Planet Sin, where Gamora disguises herself as a contestant. She is in a beauty pageant. She wins as she explains the true concept of true love. The host, Ren takes her out on a date.

He really likes her and even shows Gamora his crib. As the two are about the kiss, aliens come in exposing her. She shows her true colors and fights off Ren and his minions. Gamora and Rocket free the kids from captivity. They then have a drink with Ren still tied up.

However, the only problem I have is that there was too much. I counted eleven stories in total. The problem is not quality, the quantity was the issue. I like reading about She-Hulk, Misty Knight, and more. Yet, some of the stories could easily be told in another issue. I am just glad not every single story had the same number of pages.

Despite my problems with the story, there were some worthy highlights. Gamora’s love message was powerful. Peggy Carter giving me vibes from her TV show was great too! Emma Frost’s short story was awesome. I even enjoyed Marrow’s story. It showed how women should stick together, especially coming from the same background.