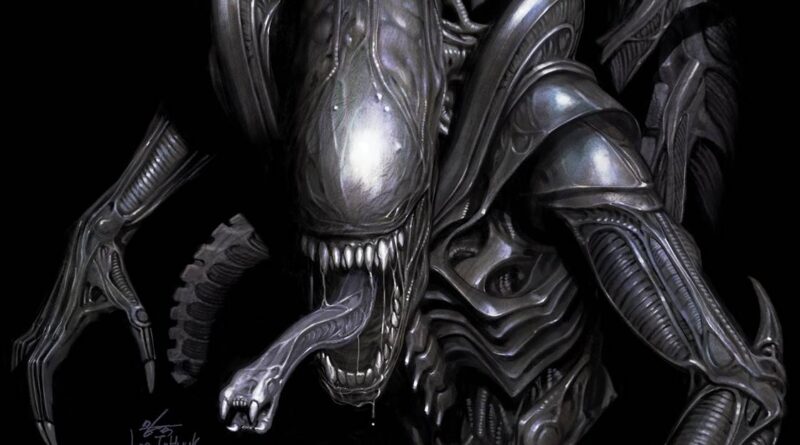 Earlier this year, Marvel Comics announced that all-new comics set in the iconic—and terrifying—world of the Alien franchise would be launching in 2021. Today, Marvel is excited to announce that the first of these ventures into never-before-seen corners of the Alien universe will arrive this March with ALIEN #1!

Written by Phillip Kennedy Johnson (Empyre: Captain America) with art by Salvador Larroca (Doctor Doom), ALIEN #1 will be a thrilling addition to the incredible legacy that began with the groundbreaking 1979 film. Featuring both new and classic characters from Earth and beyond, this bold take on the Alien mythology will entertain both longtime fans and newcomers to the legendary horror/science-fiction saga.

The new story will feature a Weyland-Yutani mercenary named Gabriel Cruz as he battles a deadly new breed of xenomorph with the survival of his child hanging in the balance. No stranger to infusing horror with the classic Marvel storytelling, Phillip Kennedy Johnson most recently shocked readers in the terrifying MARVEL ZOMBIES: RESURRECTION series.

“Just as a reader and fan, I was as excited as anyone when I heard the franchise was coming to Marvel, and when they asked me to WRITE THE LAUNCH, I was floored. I’ve been training my whole life for this gig without knowing it,” Johnson said. “Ever since seeing Ridley Scott’s ALIEN at way too young an age, I’ve been OBSESSED with the xenomorph, the single most iconic representation of terror on film.”

“Drawing this has been like a dream come true, and I am so grateful to be a part of this series!” said Larroca. “Ever since I was young, ALIEN has been of my favorite sci-fi horror references, and I never could have expected to have the chance to draw this. ALIEN is a creative reference to a whole generation of artists, and I’m so proud to now be illustrating this series. I hope readers enjoy it as much as I do drawing it! Phillip’s story is going to be a delight for fans of this awesome franchise!”

“I’ve devoured every ALIEN story I could in every medium available and spent a lot of hours in the back of a classroom sketching out ideas for what happened before, after, and in-between the chapters we got to see. Now I have the opportunity to bring my favorite nightmares to life. And with my insanely talented friends at Marvel and some of the greatest artists in comics telling these stories with me, I can promise you: our nightmares will be yours.”

Check out the chilling cover for ALIEN #1 by InHyuk Lee below and stay tuned for more exciting news about upcoming ALIEN and PREDATOR comic book titles, variant covers, and collections coming your way next year!