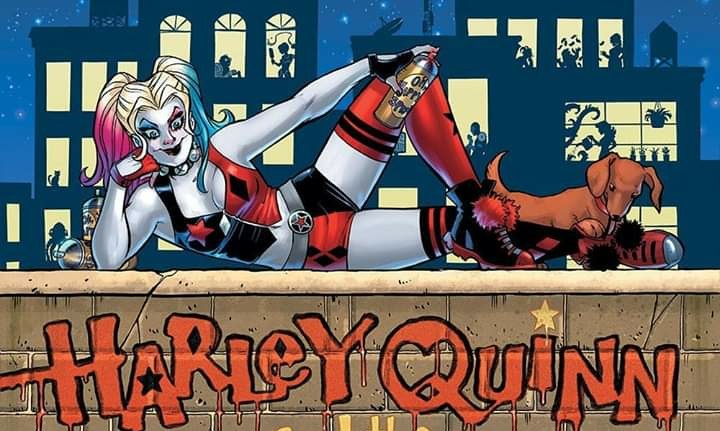 
Former Harley Quinn creative team  Amanda Conner and Jimmy Palmiotti will be reuniting again with the ‘Mistress Of Mayhem’ when the husband-and-wife duo brings forth a new four-issue limited series. The series in question? —  Harley Quinn and The Birds of Prey!

Harley Quinn and The Birds of Prey series will follow our beloved Harley, as she finds herself getting caught in the path of Gotham’s worst criminals and villains! – And it is all thanks to you-know-who: The Joker! The Clown Prince Of Crime puts out a $10 million bounty on her head! In order to find out why is this all happening, Harley enlists the help of Black Canary, Cassandra Cain, Renee Montoya, and the Huntress.

Previously announced at New York Comic Con 2019, Conner and Palmiotti stated that the mini-series will officially serve as a direct sequel to their best-selling and critically-acclaimed run on the ‘Clown Princess of Crimes’ solo series, which began way back in 2013.

“Jimmy and I are so looking forward to this project,” said Conner. “I’m excited to be co-writing it, but it’s been some time since I’ve been able to draw interiors, so I’m doubly excited. Harley is a blast to write and draw; throw the Birds of Prey into the mix and it’s even more fun. And since this will be a mature readers title, we’ll do our best to get away with as many shenanigans as possible!”

“Amanda and I are super excited to be creating this new series for DC,” added Palmiotti. “We’ve been waiting for the right opportunity to let loose on a project with a no-holds-barred Harley story where we revisit Harley’s supporting cast and take her on an adventure back to Gotham. Teaming up with the Birds of Prey, Harley will turn all their worlds upside down—exactly how she likes it. Working with Amanda on the art and storytelling has been a blast so far and this book will be like nothing we have ever done before.”

“The combination of Amanda, Jimmy, and Harley Quinn has always resulted in great stories for Harley fans and this series will be no exception,” said DC Comics Editor-in-Chief Bob Harras. “Their interpretation of Harley has made her a favorite of fans everywhere. Much like Batman: Last Knight on Earth or Batman/Catwoman, this miniseries is another example of great creative teams who are adding to their storytelling legacy with a memorable sequel.”