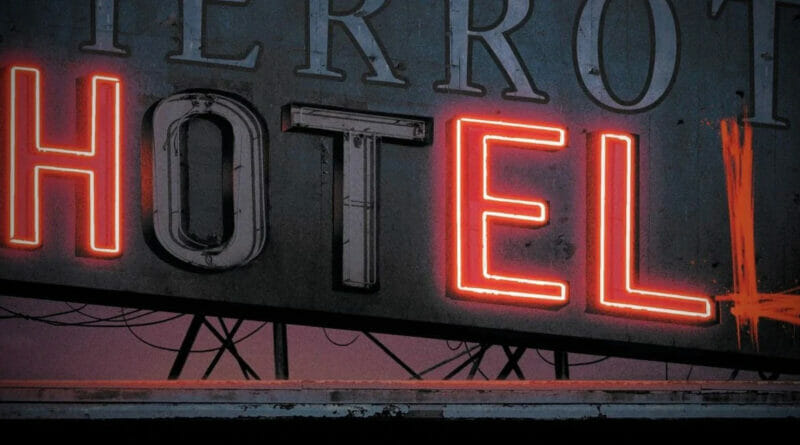 
AWA Studios (Artists Writers & Artisans), an independent comic book and graphic novel publisher, announced that their catalog of titles by top creators will be accessible to readers digitally through Global Comix, a new digital reading and distribution platform.

“We’re extremely thrilled to be partnering with AWA to help bring their work to a broader digital audience. At the core, they are simply committed to creating extraordinary titles. In a brief time, especially by the industry’s standards, they have invigorated fans from baby boomers to brand new readers by bringing fresh perspectives on classic themes and wicked artistry. I look forward to the work we will do together to push the medium forward and bring more stories to more fans, says GlobalComix CEO Christopher Carter.

In less than a year, AWA Studios has unleashed titles with an impressive caliber of talent behind them, such as THE RESISTANCE by J. Michael Straczynski and Mike Deodato Jr.; YEAR ZERO by Benjamin Percy and Ramon Rasonas; AMERICAN RONIN by Peter Milligan and ACO; BAD MOTHER by Christa Faust and Mike Deodato Jr.; and GRENDEL, KENTUCKY by Jeff McComsey and Tommy Lee Edwards.

AWA Studios CCO, Axel Alonso, formerly the editor-in-chief at Marvel, says, “AWA’s mission statement is to provide creators with the best option to bring amazing comics to readers worldwide.  Providing user-friendly options to deliver these comics is essential.   GlobalComix offers not only another platform for us to achieve this goal but also shares our mission of supporting creators.”

Comic book readers can now enjoy issues for free when they visit https://globalcomix.com/a/awa-studios.

Artists Writers & Artisans is a comic book and digital media publisher, owned and operated by creators, founded by Marvel alumni Bill Jemas and Axel Alonso, along with Jon Miller, the former CEO of News Corp, Digital Media Group. Fully funded by James Murdoch’s Lupa Systems, Sister Global, and Lightspeed Venture Partners, AWA has some of the biggest names in comics and film, such as J. Michael Straczynski, Reggie Hudlin, Garth Ennis, and Frank Cho, working to craft new worlds, characters, and stories for a 21st century audience. Find out more about AWA Studios at AWAStudios.net.