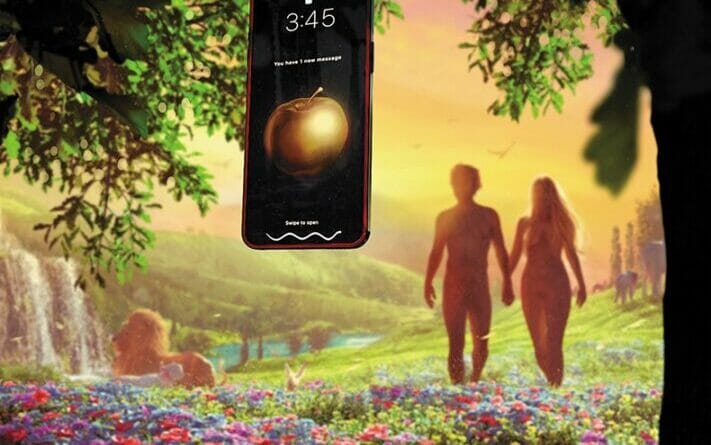 AWA Studios, the independent developer of bold and relevant stories from the world’s most outstanding artists, writers, and artisans, announced today its latest sci-fi anthology series, NEWTHINK. From The New York Times #1 international best-selling and award-winning writer, Gregg Hurwitz (WOLVERINE, PUNISHER) alongside an all-star team of artists each tackling a different issue, the original comic holds a dark mirror up to the modern world of technology and the culture wars. Featured artists in the 5-issue series include Mike Deodato Jr. (THE AMAZING SPIDER-MAN), Ramon Rosanas (STAR WARS), Mike Choi (UNCANNY X-MEN), Keron Grant (FANTASTIC FOUR), and Will Conrad (THE FLASH).

“Thirty years ago looking forward, we would find our life today to be unimaginable,” said Gregg Hurwitz, creator, and writer of NEWTHINK. “Computers in our pockets. Devices we talk to. Self-driving cars. How would we render it in fiction? In a world this crazy, maybe we don’t have to write about the future to show the surreal. Maybe we can show the insane present in a different light. That’s what NEWTHINK is all about.”

‘NEWTHINK’ is a science fiction comic set in a faraway world…that is actually the reality of living today in America. Much in the way that Star Trek transported 1960’s social upheaval to faraway planets or The Twilight Zone broadcast Cold War anxiety through the lens of monsters and aliens, this Black Mirror-style series continues a long tradition of using science fiction to underscore social commentary.

‘NEWTHINK’ aims to examine the cultural and political polarization of the country and the technocrats that have driven us to extremes of thought that we need to present the present as something futuristic. Each story in the 5-issue anthology consists of unique characters and independant storylines that highlight these themes.

“Gregg Hurwitz has the political bona fides to tackle the complex issues within NEWTHINK and the writing talent to make them entertaining for a wide audience,” said Axel Alonso, comic book creator and Chief Creative Officer of AWA Studios. “He’s got something to say and he knows how to say it. Additionally, the stable of incredibly talented artists each provide their own bold, visionary take on the material, making NEWTHINK a title that we’re very proud of at AWA.”