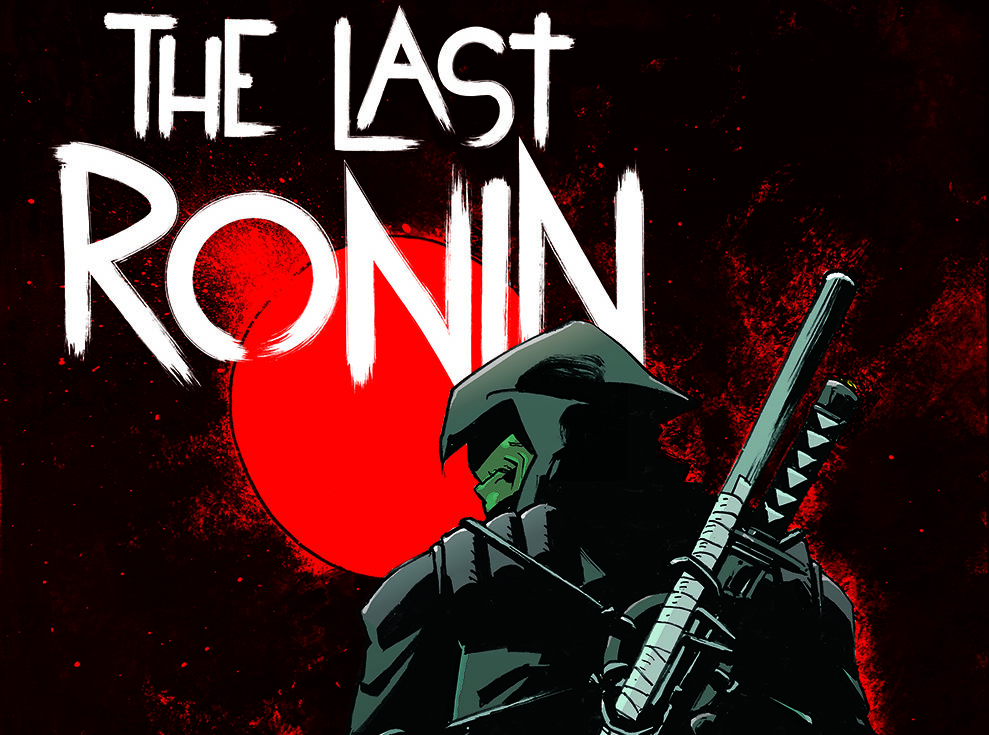 
The Last Ronin is a story we all fantasized about but knew the cost of seeing it happen.

It’s been long-teased and in the making for 30 years! Well at least drafted by Kevin Eastman and Peter Laird 30 years ago. And the wait has been worth it! Issue one just dropped (10/28/2020) and it delivered. The tone was set early on with this dystopian future looking bleaker then ever, our Last Ronin gazes upon a city built by the same enemies he and his brothers fought for years. The Foot Clan now control the city and only one turtle is left to see this horrible vision of a future

I will confirm NO SPOILERS are in this review so I shall continue, from the first panels the story was set up wonderfully. A lone turtle narrates his way through plans of revenge. All the while responding to the spirits of his deceased brothers. And the only thing running through the Last Ronin’s mind is to end the one responsible for the loss of his family. Everywhere besides this walled city is destroyed, polluted, and nothing of what it once was.

Little by little our lone survivor makes his way toward his prey, with new threats being shown. These Synja’s are monstrous versions of the foot clan ninjas who are more robot than flesh now. And the Last Ronin has no remorse in pummeling, stabbing, and slashing each one in his path.

Each scene shows our “hero” putting everything he ever learned to the test as the road is treacherous. Not the most graceful of the turtles but he made even the most difficult scenarios into forward progress. Such as his impromptu explosion that helped him gain some air toward his destination. And with this journey we learn that the leader of the Foot Clan is not who we expected; Shredder’s heir Oruko Hirato his son. And the hate for the turtles runs deep in this family. If anything has been said of what transpired in this world, the new Master of the Foot Clan was involved in the demise of the Last Ronin’s family.

Continuing into the story were gifted with amazing visuals, fight scenes, and more. As I said earlier this concept is an awesome one, but the worse thing is when you’re a fan of something you hate to see any of your characters gone. And the only way this story works is that our turtle family is down to one now. The writer and artist do an incredible job in making a try and guess who the remaining turtle could be, at every turn you have one reason or another to think it’s one or the other.

The continued conversations he has with his deceased brothers are nothing short than heartbreaking. Knowing he has been alone for decades is even worse. It’s an awesome concept. I loved this first issue there were action, drama, and questions. I want to see more, the battle where they lost it all, how they died (yes a bit morbid but a badass death scene is definitely needed for these type of stories; how did the Last Ronin survive. And where’s Shredder?!! So many questions what more could you ask for?!

Who do you all think is the Last Ronin is and how disappointed will you be if its not the one you thought lol. All I can tell you is if this first issue shows us anything. Were in for a wild ride!